After having scored three fifties in his first four Tests, Agarwal converted a maiden Test hundred into a memorable double in the series opening contest in Vizag which India went on to win by 203 runs.

The opener scored 215, a knock that included 23 fours and six sixes in the first innings. Laxman has praised him for sticking to his natural game. “He is a solid batsman and has approached this game like a domestic cricket match,” Laxman told Star Sports. “Players usually change the way they play in domestic and international cricket, but he managed to maintain his style in both forms of cricket. Mental toughness and stability are his strengths and he plays fearlessly just like his favourite, Virender Sehwag.”

India offspinner Harbhajan Singh said having played plenty of cricket at domestic level is helping Agarwal who, in 55 first-class matches, averaged 49.31. “Mayank uses his feet well when he comes forward and hits and also executes the reverse sweep shots. He has a lot in store and plays them when and where needed. He is a hardworking player; the players who come from domestic cricket background have learned a lot,” Harbhajan said.

He continued, “They come in late but have so much knowledge and experience of the game that they value and understand every opportunity that the game brings to them. Once a player is confident about his role and place in the game, he only needs to focus on his performance. Rohit was trying (to play) a different game but Mayank Agarwal stuck to his game.” 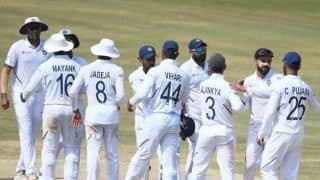 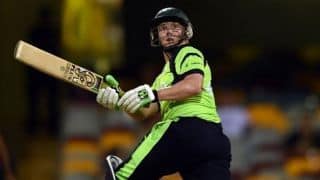