Mumbai Cricket Association in its Special General Meeting decided that key point of Lodha panel reform 'One State One Vote' will not be implemented.

Mumbai: Mumbai Cricket Association (MCA) today adjourned its Special General Meeting which was convened to discuss the implementation of the Lodha panel reforms where one of the key point of reform ‘One State One Vote’ has been unanimously rejected by the members. The 41-time Ranji Trophy champions will lose their voting rights as Maharashtra as the state will have their voting rights. The SGM was convened with the single point agenda – to consider amending the MCA’s memorandum of rules and regulations following the apex court’s July 18 order based on the Lodha panel recommendations. ALSO READ: IPL governing council to meet on November 8

“We adjourned the Special General Body meeting,” a MCA source familiar with the development told PTI. MCA would be among the associations which will be hard-hit once the order is implemented under the clause of one state-one vote, 70-year age cap on administrators and government servants being barred from coming into cricket administration. MCA President Pawar, already 75, will become ineligible to continue in his post while Vice-President Ashish Shelar, who is an MLA, would also become ineligible, once the SC order is implemented.

According to sources, two senior members Sripad Halbe and Ravi Mandrekar told the house that it was no longer Lodha panel recommendations but a Supreme Court order which defied will lead us into trouble with the apex court. It was learnt that one of them suggested a way forward which is to accept the order save One State-One Vote clause is not in their purview but can be done only by the BCCI as they are governed by the BCCI’s constitution. 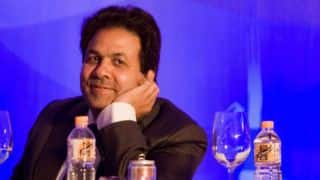