The Mumbai HC took note of the suggestion of BCCI to follow the model adopted by the Delhi High Court and the Andhra Pradesh High Court.

Mumbai: The Bombay High Court today directed the Mumbai Cricket Association (MCA) to submit by tomorrow the names of one or more retired judges of the Supreme Court, or the Bombay High Court, who can then be appointed as administrators to manage its affairs. The directions came after the MCA told a bench of Justices Shantanu Kemkar and M S Karnik that it was willing to implement the Lodha Committee‘s recommendations, and had called for a meeting on April 16 this year.

“How can we be assured of the sanctity of your meeting? Let an administrator supervise the meeting. You have been seeing extensions even though the deadline fixed by the SC for implementation of the recommendations is long past,” the bench said.

The court asked the MCA to submit before it the names of retired judges of the apex court or the Bombay High Court by tomorrow, when it will take up the matter for further hearing. The court took note of the suggestion of the Board of Control for Cricket in India (BCCI) to follow the model adopted by the Delhi High Court and the Andhra Pradesh High Court of appointing administrators for the Delhi and Hyderabad cricket associations, respectively.

The bench was hearing a writ petition seeking that the MCA’s managing committee be dissolved over non-implementation of the recommendations made in the Justice R M Lodha Committee report.

In his plea, filed through senior advocate Mihir Desai, Memon has sought that the MCA’s managing committee be dissolved, and that one or more administrators be appointed by the high court to manage its affairs in the interim and implement the recommendations of the Lodha committee report.

The petitioner has alleged gross mismanagement of funds and operations within the MCA.

He has also alleged that the MCA’s current managing committee indulged in much illegality while holding the recently concluded T20 Mumbai Premier League matches.

“Thus, the court must appoint a Committee of Administrators headed by a retired judge of the court, to take charge of the affairs of the MCA by superseding its managing committee, and to take steps to implement the Lodha committee recommendations,” the petitioner said.

The BCCI too supported the petitioner’s stand and told the HC that considering that the MCA had failed to implement the Lodha Committee recommendations to help streamline its activities and bring about transparency in its affairs, its current managing committee should be dissolved. 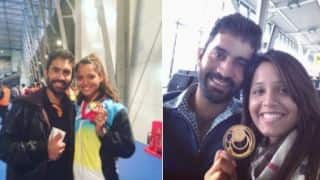 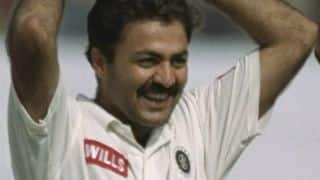