MCA said changes that were required to be made in its constitution as formulated by the Lodha panel, needed 2/3rds majority of its general body at its specially convened SGM.

Mumbai: Spelling out practical problems it had encountered in implementing the Justice Lodha committee‘s reforms in the BCCI and its affiliates in totality, Mumbai Cricket Association (MCA) has said it already had in place measures that, by and large, jell well with the reform process. It has also assured the BCCI that the Rs 18.92 crore subsidy it received from the Board will be kept in FD till clearance for its utilisation is received from the Supreme Court. The letter, signed by joint secretary PV Shetty and sent to the BCCI a couple of days ago, said changes that were required to be made in its constitution as formulated by the Lodha panel, needed 2/3rds majority of its general body at its specially convened SGM. Supreme Court dismisses BCCI’s petition on Lodha Committee recommendations

“Alteration or amendment or addition to Memorandum of Association or to these rules shall not be made except at a General Meeting by a resolution carried by a majority of two third of the votes of the members present and voting at the meeting,” Shetty stated in his letter. Shetty noted that while the Board was a policy maker its state bodies were the “decision executing” bodies, in preparation of stadium for hosting matches – including ground preparation – that started four months in advance.

He also observed that all the immovable property like stadiums are owned and operated by the associations and not BCCI, right through the year. “This infrastructure, though required to be created at massive cost is not used throughout for cricket, which is required to be maintained at very high cost throughout the year, even when there is no cricket. Also there are taxes levied by local authority, which is never without the dispute and litigations which prolong for years together,” the MCA official has stated in its communication to the BCCI. BCCI requests Supreme Court for more time to implement Lodha recommendations

It was also pointed out by Shetty that while the BCCI takes care of the needs of just the cream of players in both seniors and juniors, it’s the duty of the associations like MCA to take care of thousands of other players. “Our experience of dealing with government and local authorities are totally different when it comes to match preparations and cannot be left to professional employee managers, when the compliances are time bound and are addressed by the authorities invariably at the last critical moments even if state Associations initiate the process much in advance,” Shetty stated in the letter.

“These arguments seem to have never [been] made before the Hon’ble Supreme Court. Under the circumstances, I personally feel that State Association[s] including MCA should present [these] before the Justice Lodha committee and seek advice as directed by the Hon’ble Supreme Court,” the MCA joint secretary said. “The committee appears to have received complaints of defalcations and siphoning of funds, opaqueness in administration, blatant favouritism and political interference in almost all Associations, varying only in degree from place to place,” Shetty said in his letter. BCCI vs Lodha Committee: A timeline of events

“Let us assure you that, we are not aware that any such complaint of defalcation and siphoning of funds, opaqueness in administration, blatant favouritism, provide accessibility and transparency, prevent conflict of interest situations political interference in as enumerated above is pending against our Association,” Shetty has pointed out. Shetty noted that MCA was the first association which, in the past, had taken action against persons “for financial mismanagement” by debarring them and filing legal cases against erring members.

“We are also first in India responsible for passing a rule for not allowing member of the Association to take part in management, on the basis of conflict of interest,” Shetty said. Pointing out Mumbai’s proud record in Ranji Trophy, Shetty stated, “Ours is the Association who has distinction of becoming national champions for 42 times out of 80 years, which is a world record, which also proves that there is no blatant favouritism or any political or other interference.

“We have regular elections by appointing a independent Election officer, provide accessibility and transparency to the members of General body by placing the Annual accounts and after discussion, same are either adopted or rejected with through enquiry,” Shetty wrote. Shetty said the apex court has further observed that the report of the (Lodha) committee “was not ipso facto binding but was only recommendatory and completely excludes any chance of any prejudice to BCCI nor has any prejudice otherwise been demonstrated.”

“…. Suffice to say that so long as the initial voluntary composition of the State Cricket associations who are complaining of the breach of their rights under Article 19(1)(C) remains unaffected, there is no violation of what is guaranteed by Article 19(1)(C).” According to Shetty, seen in this backdrop “the recommendations made by the committee in the instant do not interfere with or alter the composition of the state Association”.

“Reading the above findings of the Apex Court it is clear that the committee and the Apex Court do not intend to interfere with or alter the composition of the state Association and if that is so, can it be concluded that it appears that the Associations have options to adopt the reforms only if same are approved by the members of general Body,” Shetty inferred.

“If the reforms are not accepted by the general body as the reasons as enumerated by the committee in para 7 of the order are not true in case of our Association, the only effect will be that the Association will not be entitled to receive Annual subsidy and no further?” Shetty added in his letter. 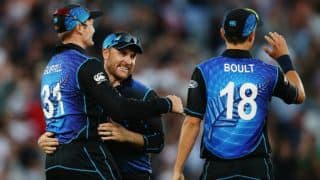 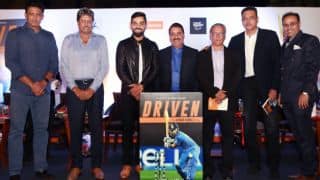