The last MCA election was held in 2015 when former Union Minister and NCP supremo Sharad Pawar was elected as MCA president.

Mumbai: The election of the Mumbai Cricket Association (MCA) will be conducted on November 10, sources in the cricket body said on Friday. The election for posts of various office-bearers of MCA will be held as per its present constitution, but it will be subject to the Supreme Court’s orders on the Lodha Panel reforms, sources added. The last MCA election was held in 2015 when former Union Minister and NCP supremo Sharad Pawar was elected as MCA president. One of the recommendations of Lodha Panel was that persons above 70 years of age cannot be office bearers, owing to which Pawar resigned and city BJP chief Ashish Shelar replaced him. Sources also said that the MCA has also approved introduction of `Mumbai Premier League’ in January 2018, but details are being worked out. India Women felicitated by MCA for good show in World Cup

Meanwhile, earlier the MCA felicitated members of the India Women s Cricket team, which ended as runners up in the Cricket World Cup in England. MCA President and BJP MLA Ashish Shelar honoured team members skipper Mithali Raj, Poonam Raut, Smriti Mandhana, Mona Meshram, Harmanpreet Kaur at a gala ceremony here in presence of former India skipper Ajit Wadekar, player Madhav Apte and CoA member Diana Edulji. All the players were given a memento and membership of the MCA s facility at suburban Bandra Kurla Complex, while Mona, Poonam and Smriti were given Rs five lakh reward each as earlier announced by MCA. 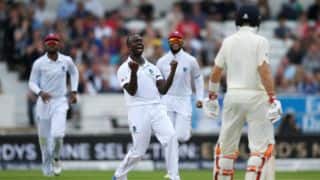