If MCA authorities fail to turn up for a hearing with appropriate documents on May 3, then the takeover procedure will be initiated.

The Maharashtra government has sent a notice to the Mumbai Cricket Association (MCA) asking it to pay Rs. 120 crore towards unpaid dues and lease renewal, failing which it will have to vacate premises of the iconic Wankhede Stadium in south Mumbai.

The notice, issued by Mumbai City collector Shivaji Jondhale on April 16, stated that if MCA authorities fail to turn up for a hearing with appropriate documents on May 3, then the takeover procedure will be initiated.

When contacted, Jondhale told PTI that “MCA had applied for renewal of its lease when the issue of dues surfaced. Seeing their reputation, it is a petty amount for the association. There will not be any interim meeting or extension to the cricket body. The future course of action will be decided only after the meeting on May 3”.

Despite repeated attempts, members of the MCA’s ad-hoc committee were unavailable for comment.

The 43,977.93 sq. metres (52,597 yard) plot of the iconic Wankhede Stadium was leased to the MCA by the state government for 50 years. The lease expired in February last year.

The stadium, which was built in 1975 and renovated before the 2011 World Cup, is the home of the Mumbai Ranji team.

It has hosted several memorable games, including the 2011 World Cup final in which India had defeated Sri Lanka.

The stadium, which can accommodate 33,000 spectators, is presently home to the Indian Premier League (IPL) franchise Mumbai Indians, and two games are scheduled to be played there in May.

Inside the stadium premises, there is a building, which houses the office of the Board of Control for Cricket in India (BCCI). 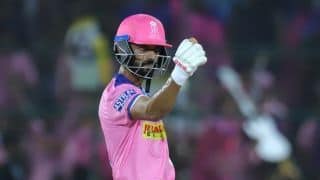 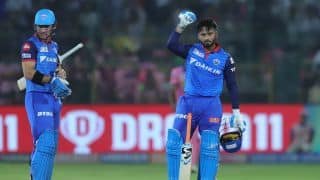