Linda Dessau, state governor of Victoria has suggested MCC to sell Lord's ground and build a multi-sport super stadium similar to the Melbourne Cricket Ground in its place.

Linda Dessau, state governor of Victoria, has suggested MCC to sell Lord’s and build a multi-sport super stadium similar to the Melbourne Cricket Ground instead. Other famous cricket venues like Adelaide Oval and the MCG have grown in stature in recent years. According to Sports Agenda’s recent plans, Lord’s is worth UK 2.5 billion for residential housing if sold in 25 parcels of land. The pavilion and main pitch might stay for playing of low-key and ceremonial matches. The building of a new all purpose 45,o00-seat multi-sport ground could be amounted to around 1bn. The remaining 1bn will be distributed among 18,000 MCC members, who would receive 50,000 each.

It is unlikely that MCC will take Dessau’s suggestions seriously. Come on, can there be cricket in the world without Lord’s? 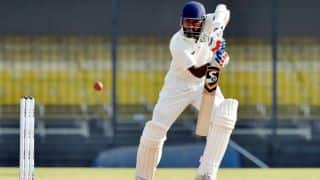