The MCG pushed the crowd record to 64,385 in the 2nd T20 between Australia and England.

The crowd at the Twenty20 international at the MCG between England and Australia on Friday has reportedly created a record by being the best-attended international and domestic cricket season ever.

According to News.com.au, the figure takes in the five Ashes Tests, the five One-Day internationals (ODIs), two (of three) T20s, the Big Bash, Sheffield Shield and the Ryobi Cup domestic one-day competition, plus the matches in various formats played for the women’s Ashes, which England won.

The report mentioned that the highlight was the 91,112 crowd at the first day of the Boxing Day Test, breaking the world record 90,800 set at the same ground against the West Indies in 1961.

According to Cricket Australia, TV ratings across all formats and viewing audiences of in-house digital products also reached new heights.

The Big Bash has also been a big hit in every way as the preliminary matches have been attended by 605,708, up 36 per cent on last year, when the matches were played earlier in the summer, the report added. 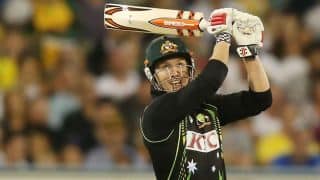