Lanning scored a match winning 135* of 127 balls. It was her 5th ODI hundred and she is the quickest to the landmark among seven women overall who have achieved the feat. The right hander had come tantalisingly close to the milestone in the previous game against West Indies according to the offical Cricket Australia Website.

Missing a hundred in the previous game in fact spurred her on to complete the job in this innings, in the process she helped Australia overhaul the target of 235 comfortably. she was quoted saying, “It was pretty disappointing when I got out, But also that I didn’t finish it for the team; I didn’t care too much about the hundred, I suppose (the century) went through my mind a little bit when I got close but once I passed it I was determined to really finish it off.”

In another list of firsts, Lanning is the sole woman to have scored a century at the Bradman Oval in Hurstville, but the fact that it helped Australia get over the line is what she considers worth celebrating. She added,

“I think any century you score for your country is going to be special, It’s hard to rate it against others, but I think the important thing is that I went on with it and scored a really big score rather than getting there and getting out so that was more what I was focused on to be honest, It’s always nice to get there and get a good score but I’m looking for consistency all the time so I’m looking for another one on Tuesday hopefully.” 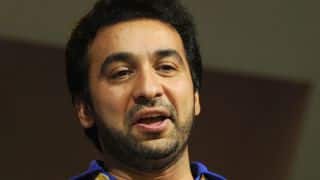