Australia clash against India in a tri-nation T20I series involving England as well.

They outclassed India in the preceding ODI series but Australia skipper Meg Lanning refused to underestimate the hosts in the Twenty20 tri-series, saying all sides are even in the shortest format. After thrashing India 3-0 in the ODI series, the Australians will take on the hosts in the lung-opener of the tri-series, which also includes England.

“India are a very good team in this format, and so are England. So we know that we’ve got to play really well,” Lanning said on the eve of clash against India. “We’ve definitely got some confidence in our group from the way we’ve played (in the ODIs). But we do understand that it’s a different format and it’s very close in T20 internationals,” she added.

The Aussie skipper said the series is even and it would be difficult to say which team is better than the other. “Even in the ODI series, they (India) were putting us under the pump. So it’s a very even series. Very difficult to say that one team is ahead of the other two, which is great. By the looks of the wicket and the outfield out there, there are going to be plenty of runs out there,” Lanning said.

Asked whether Australia has an advantage over the others as their players play in Women’s Big Bash League (WBBL) Lanning said, “Not sure about that. There have been a couple of Indian players over there in the WBBL and they are very dangerous.”

The skipper also said that the series was an important one leading up to the Women’s T20 World Cup. “It’s a massive series for us, coming up against two massive teams, in these conditions as well. We know we don’t have a lot of cricket between now and the world cup. So we’re really keen to make sure we play very well in this series. And as a bunch, we are going to be tested,” she said.

Lanning also praised young Indian girls Pooja Vastrakar and Mumbai’s Jemimah Rodrigues’ performances in the ODI series. “Rodrigues whacked us around a little bit and made us nervous. Pooja is a very good bowler and has scored a lot of runs as well. It’s exciting for the game to see young Indians coming through. They are someone to keep an eye on,” said 25-year-old Lanning.

She signed off by saying that India did challenge them in different periods in the ODIs. 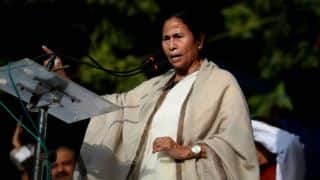 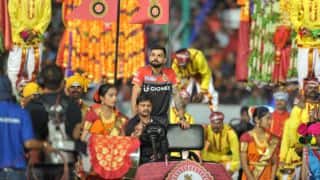 IPL 2018: Captains to not attend opening ceremony due to logistics issue