The series continues with Sunday's third one-dayer at Worcester.

London: Australia captain Meg Lanning scored her sixth one-day international hundred as her side levelled the women’s Ashes series with a 63-run win over England at Bristol on Thursday. Lanning’s 104 was the cornerstone of Australia’s 259 for six in 50 overs.

England, despite a fifty from veteran captain Charlotte Edwards, finished well short of a would have been a record chase as seamer Megan Schutt took four for 47. Jonathan Bairstow: I am very pleased to have been called up

It also meant they had followed the example of the men’s side, also touring England, who won the second Test at Lord’s on Sunday to square their Ashes series at 1-1. Lanning and the in-form Ellyse Perry added 132 for the third wicket. Michael Clarke in desperate search of runs; flops vs Derbyshire in tour game

The Australia skipper, dropped on 72 and 83, eventually compiled a hundred off just 92 balls before she was stumped for 104 by Sarah Taylor off Natalie Sciver.

In reply, England saw Edwards and Heather Knight put on 92 for the first wicket before the latter was run out by Lanning’s direct hit from mid-wicket. David Warner believes attacking Moeen Ali is the right tactics

Schutt then bowled Edwards as she took one of the most prized wickets in women’s cricket. Taylior was in fine form while making 43 of 49 balls before falling to Jess Jonassen.

“I thought we did a good job with the bat and it’s nice to get a big score after not getting any at Taunton. It’s nice to have got a win after that first game,” said Lanning. David Warner claims to have applauded after Joe Root scored 100 in 1st Ashes Test

Meanwhile a disappointed Knight said: “Wickets cost us, throughout our innings. Obviously as a top order, all three of us got starts. Ideally, if you are going to win the game, one of us needed to go on and got a big score as Meg did for them.” 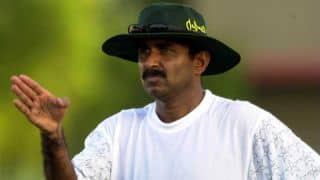 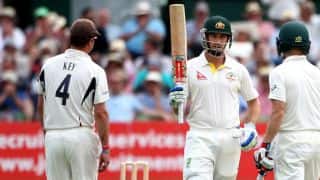