Schutt became the first woman from Australia and seventh overall to take a hat-trick in T20Is.

Jemimah Rodrigues was promoted to open the batting with Smriti Mandhana chasing 187 in a must win match for India. Before a judgment could be passed on the move, Megan Schutt‘s hat-trick almost ended India’s chances in the series. Jemimah played well for her half century but could not take India to victory. With wickets falling at regular intervals India failed to chase down the total losing by 36 runs.

Schutt became the first woman from Australia and seventh overall to claim a hat-trick in T20Is. She first bowled Smriti on the fifth ball of the second over followed by wicket of Mithali Raj on the next. She was bought in from the other end in the fifth over when Dipti Sharma mistimed a shot to Amanda Wellington. Jemimah and Harmanpreet Kaur added 54 runs to the fifth wicket but failed to convert it. Anuja Patil and Pooja Vastrakar smashed few boundaries in the end overs but it was too late by then.

Earlier in the match, Beth Mooney(71) and Elyse Villani (61) with their 114 run partnership took Australia’s total to a 186 in 20 overs. Pooja Vastrakar got the early wickets for India reducing the visitors to 29 for 2 under 5 overs. Ordinary fielding effort and few no balls made the job easier for Australia.

With the loss, India Women have no chance to qualify for the finals of the tri-series. India are still to register their first victory on home soil. 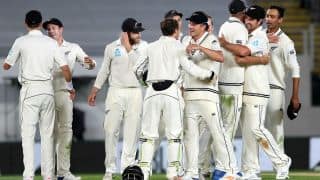 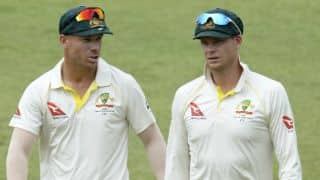