The cast and crew of upcoming Bollywood movie "Dil Dhadakne Do" (DDD) would also be seen cheering.

The Board of Control for Cricket in India (BCCI) has also invited cricket officials from Australia, South Africa, England and Sri Lanka. MI vs CSK, IPL 2015 Final at Eden Gardens, Preview

“We have invited both the chief minister and the governor for the event. Besides, a host of state ministers are also expected to grace the occasion,” a Cricket Association of Bengal official said. CSK to lock horn against MI in IPL 2015 mega final

According to a spokesperson of the movie, the DDD team of Farhan Akhtar, Anil Kapoor, Ranveer Singh, Anushka Sharma and Shefali Shah along with filmmaker Zoya Akhtar and producer Ritesh Sidhwani would be attending the match. IPL 2015 Qualifier 2: Mike Hussey satisfied to contribute

While former International Cricket Council president Mustafa Kamal is in the city and may be present at the Eden, Cricket South Africa chief executive officer Haroon Lorgat, Cricket Australia chairman Wally Edwards and representatives from the Sri Lankan and England and Wales Cricket Board have also been invited for the cricket extravaganza. Ashish Nehra: I have been bowling well over the last few years

Elaborate security arrangements will be in place for the final expected to be watched by a capacity crowd. IPL 2015 final: Dhoni’s leadership key to CSK’s success, says Suresh Raina 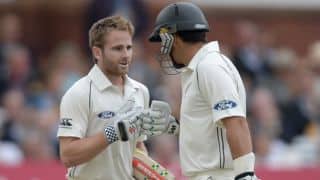