A perfect end to IPL 2019 – two giants levelled on number of trophies (three each) vying to go one better to stamp their superiority.

A perfect end to IPL 2019 – two giants levelled on number of trophies (three each) vying to go one better to stamp their superiority. Mumbai Indians and Chennai Super Kings clash tonight in Hyderabad for a fourth title.

A cursory glance of how the season has gone by for both the teams will reveal MI dominated the league stage – they topped the points table, got the better of CSK twice, didn’t suffer consecutive defeats in a row.

CSK were unbeatable at home until MI came calling. The Rohit Sharma-led outfit beat them once in the league stage and then in the first qualifier to enter the final. MS Dhoni must be itching to exact revenge of three defeats.

CSK vs MI PREDICTION: This one is a toughie. Statistics tell us MI have been dominant over CSK. This season, MI have bossed over CSK – be at Wankhede (once) or Chepauk (twice). Also, MI are coming after a four-day rest. CSK beat Delhi Capitals in the second qualifier on Friday. MI have reached the final on the back of the brilliance of several players taking the lead in difference games. They aren’t a one-man army. CSK relied on Dhoni initially before others came to the party. Last season, Sunrisers Hyderabad must have fancied their chances before Shane Watson scored an imposing century to seal the deal. Expect this one to go down the wire. MI start as favourites though. 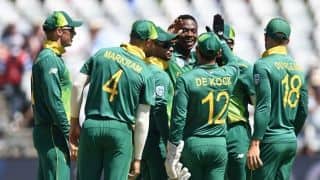