Despite admitting his team did everything right in the match against Delhi Capitals on Sunday, skipper Rohit is still seeking improvement in some areas.

Defending champions Mumbai Indians climbed to the top of the table with their five-wicket win over Delhi Capitals on Sunday at the Sheikh Zayed Stadium. It was an impressive display by the Mumbai team as they defeated high-flying Delhi to claim the numero uno position. Happy with his team’s performance, MI skipper Rohit said that being top of the table gives the team confidence on the way they are approaching their matches.

“Means a lot – to be top of the table -. The kind of cricket we are playing, gives us a lot of confidence. It’s important to have momentum with us, and it was a perfect day for us, getting those crucial two points,” said Rohit in the post-match presentation ceremony.

The defending champions first restricted DC to 162/4 despite their opener Shikhar Dhawan playing through the innings before chasing down the target with two balls to spare. Rohit said that they would like to make sure that one of the top order batsmen stays till the end in the death overs which did not happen for MI on Sunday.

“We did everything right, but there are still some things we can improve on. We were good with the ball and restricted them to 160-odd. Clinical with the bat, but not so much towards the end,” he said.

Despite admitting his team did everything right in the match, Rohit is still seeking improvement.

“We need one set batsman to finish off the game in general, and some set batsmen got out today, but I don’t want to point fingers,” Sharma added.

Mumbai Indians now have 10 points from seven games and will take on Kolkata Knight Riders on October 16.

“I don’t want to go too much into it because I think they batted really well. Chasing has not been so great in this tournament so looking at what we have done with the bat in the second half gives us that confidence we can chase any score.” 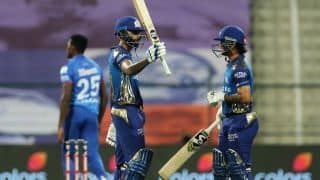 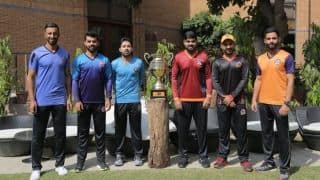