A resurgent Mumbai Indians are hosting an equally confident Kings XI Punjab in the Indian Premier League (IPL) 2013 at the Wankhede Stadium today. 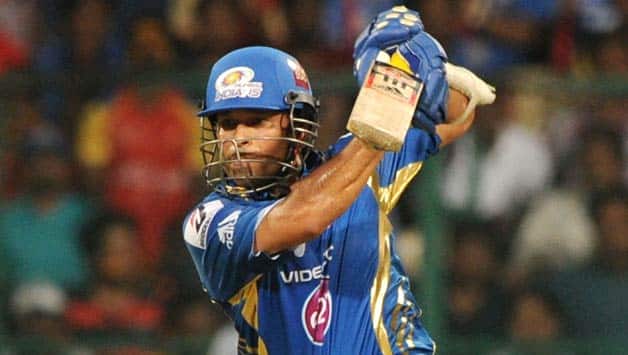 Sachin Tendulkar will open the batting for Mumbai © IANS

A resurgent Mumbai Indians are hosting an equally confident Kings XI Punjab in the Indian Premier League (IPL) 2013 at the Wankhede Stadium today.

Mumbai Indians have won the toss and are batting first, and the big news from the centre is that Kings XI skipper Adam Gilchrist has finally dropped himself from the match after a string of failures. Shau Marsh plays instead, while David Hussey will be captaining Punjab.

The inclusion of Caribbean cricketer Dwayne Smith has bolstered their firepower in both batting and bowling departments, as Smith has scored two consecutive half-centuries coming in place of the struggling regular captain Ricky Ponting and has even contributed with the ball.

The Mumbai bowlers have impressed with Dhawal Kulkarni proving his selection right in the clash against Bangalore, wherein he took three wickets while senior tweaker Harbhajan Singh too chipped in with two important scalps.

Praveen Kumar and Azhar Mahmood are Punjab’s main bowlers with nine and 11 wickets respectively in the tournament and the presence of the experienced Piyush Chawla makes their bowling department lethal.