Former Pakistan captain Javed Miandad, after turning down the PCB's offer to become the national team's batting coach, lashed out at the system and said things would never improve unless and until a long-term plan is set in place. Javed Miandad, the former Pakistan coach, looks on during the Pakistan Nets session at the National Stadium, Karachi, Pakistan.

Former Pakistan captain Javed Miandad, after turning down the PCB’s offer to become the national team’s batting coach, lashed out at the system and said things would never improve unless and until a long-term plan is set in place. Miandad, who is also the director-general of cricket in the PCB, told reporters here yesterday that he didn’t want to accept any position without authority.

“In the past I have had three previous stints with the national team as head coach and they didn’t end well. That also influenced my decision,” Miandad said. “But mainly I didn’t accept this position because I believe that there is a need for proper long-term planning in Pakistan cricket and improvement cannot come through stop-gap measures,” he added.

“I don’t see any purpose being served by having a team of coaches in the team. We already have several coaches for bowling and fielding in the team and you can see the improvement in these areas in recent times,” he said.

“It is of no use having so many coaches. There should be one coach and he should be responsible for everything and also be given complete authority to take hard decisions,” Miandad said.

He said from a personal point of view if any batsman needed coaching after graduating to international cricket he should be dropped from the team. “You don’t need to be coached about batting techniques at this level and I say if any player fails for a few matches or is getting out making the same mistakes, drop him immediately and give others a chance. Unless there is merit in selection nothing will move forward,” he said.

He pointed out that players were given chances despite not learning or improving and that was not good for the team. “These sort of issues were the reason for my past tussles with the board,” he noted.

Sources say that Miandad initially had shown interest in becoming the batting coach but wanted more authority than head coach, Waqar Younis, which the board didn’t agree to. “I’ve been offered the coaching role before and I had taken it up as well but there were certain things that happened due to which I will not coach again,” said Miandad after Pakistan’s training session in Lahore.

“I was sacked on various occasions in the past. When the team was in the process of rebuilding in 2004, the board’s then chairman Shahryar Khan sacked me. So it goes to show that Pakistan cricket basically is in trouble not just due to the players but also because of the management.”

“In the past, the management never really cared about the future. They didn’t even think about where the sport was heading. They just didn’t want to think about it.” 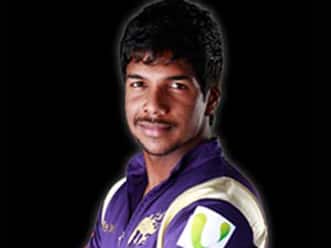 Interview: IPL is a great stage for youngsters like me, says India’s fastest-ever bowler