Rival captains Michael Clarke and Alastair Cook both tried to keep the Ashes in perspective on the eve of the latest edition of cricket's oldest Test rivalry. Rival captains Michael Clarke and Alastair Cook both tried to keep the Ashes in perspective on the eve of the latest edition of cricket’s oldest Test rivalry.

Ashes series tend to define the careers of England and Australian cricketers — for example, Mike Gatting won just two Tests as England captain but those were good enough to secure an Ashes series win in Australia in 1986/87 — something England did not manage again until 24 years later.

This year, unusually, sees back to back Ashes series with a five-match contest in England starting at Nottingham’s Trent Bridge ground on Wednesday followed by a return campaign in Australia that gets underway in November.

Australia skipper Clarke, a world-class batsman who briefly took over from Ricky Ponting when his predecessor was injured during the 2010/11 Ashes won 3-1 by England in Australia, said he did not want his captaincy to be judged on Ashes success.

“I would hate for people to all of a sudden think I’m a good captain because we win this series,” Clarke told
reporters at Trent Bridge on Tuesday.

“To me five matches can’t be an indication as to whether you’re good or not good, in my opinion.

“I know especially back in Australia, this is the pinnacle of an Australian cricketer, to play Test cricket in England, be part of an Ashes series and I’m sure there will be judgements made on our performances, and as captain of the team you should be accountable.

“That’s part of your responsibility but I would hate for anybody to think I’m a better captain than I am just because we win this series.”

England captain Cook, man of the series for his 766 runs during the 2010/11 Ashes, knows better than most how success against Australia can help cement the reputation of an England cricketer.

But the opening batsman, also speaking at Trent Bridge, urged his side not to blow the prospect of playing in the Ashes “out of all proportion.”

“Everyone is just desperately excited to be here after such a big build-up,” he said.

“We have finally arrived, pretty much, at game day. There are a few nerves floating around too, so that’s probably the two favourite words: nerves and excitement.

“We do have to remind ourselves how lucky we are to be playing the Ashes series at a fantastic venue with great support.

“You have to try and take yourself out of the moment and enjoy it. That’s why we play sport in the first place.

“We’ve got to try not to blow it out of all proportion, using huge words like ‘massive series’. We’ve got to keep ourselves true to who we are and remember it’s just another game of cricket.

“This is what we’ve been doing all our lives and we’ve handled these situations before.”

Meanwhile, with England bidding for a third straight Ashes series win, Cook insisted they could cope with the burden of being favourites.

“It’s not played on paper, cricket — never has been, never will be. We’ve been favourites before just not maybe against Australia and we’ve played pretty well.”

For his part, Clarke added: “I’ve said for a while now that we come here as underdogs but that hasn’t affected our preparation and it won’t affect our performance either.

“We know it’s going to be tough but I know our boys are up to the challenge.

“I think the talking is done for us as a team now. Our preparation’s finished. Our team meetings are done.
Our knowledge on the England team is done. 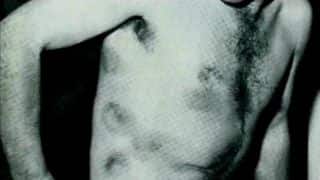