Australian captain Michael Clarke won his fourth Allan Border Medal as the nation's cricketer of the year at a gala ceremony in Melbourne on Monday. 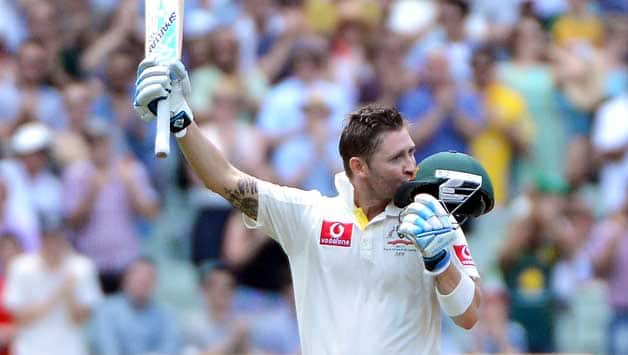 Australian captain Michael Clarke won his fourth Allan Border Medal as the nation’s cricketer of the year at a gala ceremony in Melbourne on Monday.

Clarke, 31, and his predecessor as captain Ricky Ponting, are the only players to win the medal, considered Australian cricket’s most prestigious individual prize, four times.

The Test and one-day skipper won for the second straight year with 198 votes, ahead of joint runners-up Mike Hussey and two-time winner Shane Watson, who each polled 165 votes.

Clarke also comfortably won the Test cricketer of the year award, again for the second year in a row, after scoring 1,080 runs at an average of 77.14 in the nine Tests covered by the voting period, from February 25 last year to January 28 this year.

Watson won the Twenty20 award and also polled well for the One-Day honour, which was won by paceman Clint McKay.

Top-order batsman Phil Hughes, who moved from New South Wales to South Australia ahead of the season, was named the domestic player of the year, and Queensland batsman Joe Burns was voted the Bradman young cricketer of the year.