In 11 Test innings since he scored the second of two centuries at home against England, Marsh has an average of 14.27.

Shaun Marsh s latest struggles as a Test batsman have not been watched by Michael Clarke, but he has found the backing of his former captain amid another torrid patch.

Marsh, 35, has scores of 7, 0 and 3 in the ongoing Test series with Pakistan in the UAE to extend a lead phase dating back to the Ashes in January. In 11 Test innings since he scored the second of two centuries at home against England, Marsh has a best of 40 and an average of 14.27.

Clarke, however, has backed the struggling left-hand batsman to come good soon.

“I’ve been quite busy. I know the first Test was a draw but I didn t see any of that,” he told AAP. “In my time playing with Shaun and captaining Shaun he was a wonderful team man and a very good player. I ve got no doubt he will stand up, and if he hasn’t been making runs, lock him in for a 100 next time he bats.”

Marsh has struggled to cement his place in Australia s Test team made his debut in 2011 with 141 versus Sri Lanka. During the home series against India in 2011-12 he averaged 2.83 in four Tests with three ducks and was dropped for two years. He returned with 148 and 44 in a Test in South Africa, and then got two ducks in the next match and did not play until the end of the year.

Nearly nine months separated scores of 182 versus West Indies at Hobart and 130 against Sri Lanka in Colombo between 2015 and 2016, and Marsh was a regular in Australia s Test plans all through 2017 during which he averaged 33.84 across eight games with a century and four fifties.

His place is once again under scrutiny after 11 Test innings without a fifty, and Michael Hussey believes Marsh could be dropped for the first Test between Australia and India in December. “At the end of the day, you do need to be scoring runs,” he said while commentating for Wisden Radio on Wednesday. “There’s going to be a lot of discussion about his place in the team.” 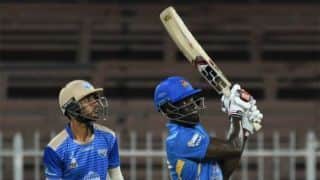 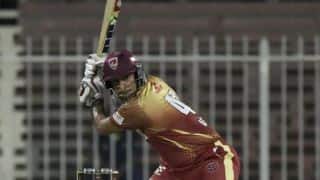