Stephen Fleming‘s six-year partnership with Mahendra Singh Dhoni at the Chennai Super Kings has been a successful one but the former New Zealand captain rates countryman Brendon McCullum and Australian Michael Clarke as better One-Day International (ODI) captains at the moment.

“I believe Brendon McCullum and Michael Clarke are the two best one day captains at the moment. For me, a good one day captain is one, who is really aggressive. These two captain, McCullum and Clarke, are really aggressive captains. They don’t take their foot off the pedal and are always looking to attack,” Fleming told PTI during an exclusive interaction at the New Zealand High Commission.

So what kind of a captain is Dhoni — instinctive or meticulous? The Chennai Super Kings coach said, “Dhoni is a bit of both. He is instinctive as well as he does his homework at the same time. He is not averse to taking risk.”

With Sachin Tendulkar’s autobiography Playing It My Way terming Greg Chappell as “ringmaster”, the inevitable question was where does a coach’s jurisdiction end in a coach-captain relationship and Fleming said, “It varies from country to country and set-up to set-up. It’s not same in two teams. I can tell you about my personal experience about when I was appointed captain of New Zealand. For the initial period, I let the then coach take command and guide me as I was new to the job. Once I was settled, I started taking more responsibility. However a proper communication between coach and captain is must,” insists the former left-hand batsman.

Talking of communication, Fleming, in fact, recollected a hilarious anecdote when he was first appointed coach of Chennai Super Kings. “I remember why CSK offered me a coach’s job. It was basically a ‘Return on Investments’ as I was picked up at the auctions and I didn’t do that well in the first year. So they decided to make me the coach. I also took it up as I knew this was fine but I would never be a career-coach. Every coach remembers the first team meeting he addressed and I also remember what I did. I was well prepared with CDs that had video footages, motivational speech and some songs and stuff like that. I could see the big Australians Matthew Hayden and Mike Hussey sitting in front row. Dhoni and Murali (Muralitharan) in the second row and so on.”

Fleming said: “I felt it was going fine as I spoke, played some different kinds of music and all. After 20 minutes, it was over and I wanted a feedback. I walked upto Hayden and tried a typical Aussie accent, “Haydos, what do you think about that mate? Hayden replied ‘Flem, it was great mate’ and he walked away.”

“Next I went upto ‘Huss’ and asked the same question and he in his inimitable manner said, ‘Flem, mate, you spoke good things about batting and bowling and I was taken aback. My next target was Murali and the nice chap that he is, he said, ‘It was good Flem! Good and nothing else’.”

“My last resort was the young Indian player Badrinath. I called Badri and asked what he felt and Badri said ‘It was brilliant coach’. I felt good and asked what did you understand Badri and he looked at me and said, ‘coach I didn’t understand a word’. I then understood that I had to communicate better to reach the players,” he said.

On a different note, he was asked if he thinks Suresh Raina should get a shot at redemption as far as his Test career was concerned and Fleming sounded positive.  “Why not? Suresh is a fantastic batsman and has delivered consistently in shorter formats. I don’t see why India can’t try him once again in Test matches. I, for a fact, know that he has worked really hard in the last couple of years. About short ball, I think he knows what he needs to do and it’s totally upto the player as to how he accepts the challenge,” Fleming concluded. 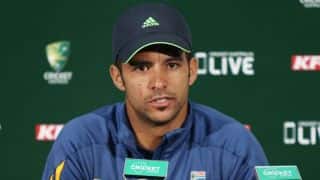 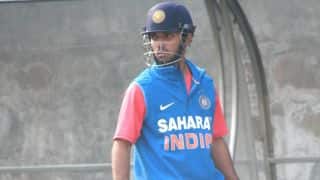