Livid after a second successive meek surrender by his team, Australian cricket captain Michael Clarke on Tuesday said the performance is "unacceptable" and chided his batsmen for not taking enough responsibility. 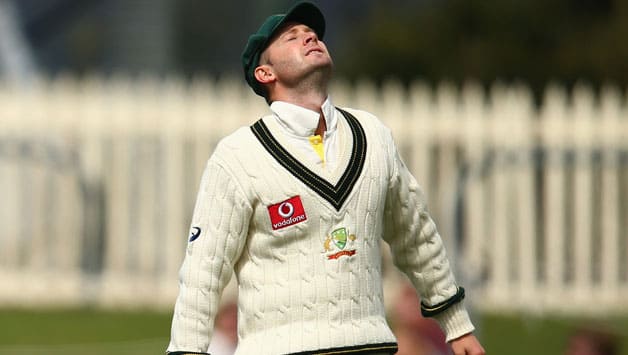 Livid after a second successive meek surrender by his team, Australian cricket captain Michael Clarke on Tuesday said the performance is “unacceptable” and chided his batsmen for not taking enough responsibility.

“India deserve a lot of credit. They outplayed us in every facet of the game. There is no doubt we have a lot of work to do,” Clarke said after Australia were thrashed by an innings and 135 runs in the second Test at Hyderabad.

The match lasted just two hours into the fourth day and Australia’s frailties against spin stood thoroughly exposed yet again after the eight-wicket loss in the opening Test in Chennai.

“The batsmen haven’t put enough runs on, and there is no excuse for that. There will be no break between the Test matches. There will be a lot of hard work, I can assure you.

You don’t get better sitting on the couch,” a disappointed Clarke said.

“We have had guys get in and out without making big scores. That’s unacceptable. There had to be partnerships with both bat and bowl like India showed us. We haven’t scored enough runs in the first innings in both the matches. Our batters have to show a lot of responsibility,” he added.

In contrast, Mahendra Singh Dhoni was celebrating his 22nd Test win as captain, the best by an Indian captain.

Modest in triumph, he gave credit to his teammates.

“I think I have got a very good side. Yes, we have gone through a period in which we didn’t win many games. Credit goes to the team and the support staff. And winning most matches as captain is a collective effort, and credit goes to each and everyone,” he said.

Reflecting on the second Test triumph, Dhoni said every player contributed the way he was expected to.

“It was important to get off to a good start. Bhuvneshwar [Kumar] provided that. You don’t see fast bowlers getting too many in these conditions. We often talk about long partnerships. If you get 40-50, you have to score big. That’s what [Cheteshwar] Pujara and [Murali] Vijay did,” he said.

“That resulted in a massive partnership, which gave us the freedom to accelerate yesterday. It was very important to not give their seamers wickets, and I think they saw that period off really well,” Dhoni said.

Dhoni praised his bowlers for delivering wickets and keeping it tight.

“It is a very good bowling performance. It was important to start today’s play really well, and Ishant gave us the important breakthrough,” he said.

Man-of-the-match Cheteshwar Pujara said the double hundred in the match has taken away a lot of pressure that he built on himself.

“I am really happy about it. There was a bit of pressure on me. I just got married, and my wife was worried I should perform,” he quipped.

Pujara said the plan was to guard his wicket against fast bowlers before accelerating.

“We knew that the new ball would do a bit. The plan was to not lose any wickets in that first session. Scoring those many runs in domestic circuit has given me the experience to help me keep the tempo.

“It was a very important partnership with Vijay, our communication was good and it set the platform.” 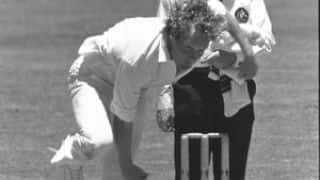