Michael Clarke discharged from hospital after being diagnosed with gastroenteritis

Michael Clarke discharged from hospital after being diagnosed with gastroenteritis

Australian skipper Michael Clarke was admitted to the hospital on Sunday with gastroenteritis, Cricket Australia confirmed. 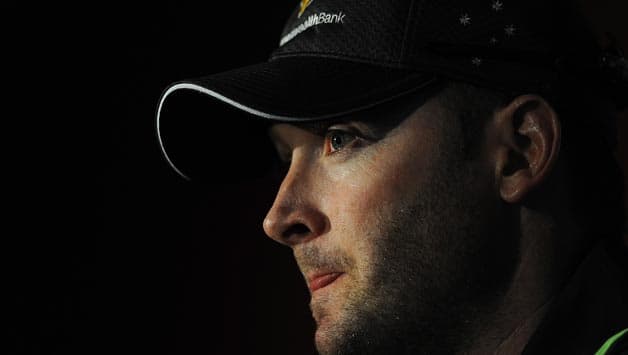 Australian skipper Michael Clarke was admitted to the hospital on Sunday with gastroenteritis, Cricket Australia confirmed.

Clarke spent Sunday night at the hospital before getting discharged on Monday.

“Clarke has since been discharged from hospital and CA confirms he is recovering at home.”

Clarke is already suffering from back injury and returned to Sydney from India without playing the fourth and final Test at Mohali. He has been sidelined from playing for 7-10 weeks.

Clarke will miss Indian Premier League (IPL) because of his chronic back injury that forced him to sit out the fourth Test against India.

Clarke’s intensive rehabilitation program will be overseen by the CA medical team and back specialists in Australia. Clarke was to lead IPL franchise Pune Warriors India.

CA medical officer Justin Paoloni said Clarke underwent scans and reports showed that his current lower back injury is an exacerbation of previous issues he has had with his spine.

“As always, we need to manage this carefully as there are potentially serious consequences with further aggravation. He still has pain with basic activities and is not back to full function as yet,” said Paloni.

Paloni also said that a hamstring injury has also been a cause of concern for Clarke.

Stephen Fleming: One of the finest captains in world cricket in the last two decades

Jesse Ryder back on feet, disappointed to miss IPL 2013