Michael Clarke is expecting Australia to maintain their attacking brand of cricket heading into the second and final Test against the West Indies.

Roseau, Dominica: Captain Michael Clarke is expecting Australia to maintain their attacking brand of cricket heading into the second and final Test against the West Indies in Jamaica next week and the Ashes series beginning in England just three weeks later. “That’s the way we play our best cricket, the way Davey (David Warner) and Shaun Marsh went about it the second innings,” said Clarke after seeing his opening pair waste no time in plundering most of the 47 runs needed to complete a nine-wicket win in just five overs late on the third day of the first Test at the Windsor Park Stadium in Dominica on Friday. “I think you’re going to see more of that in the second Test,” he added. Read: West Indies vs Australia 2015, 1st Test at Dominica: Talking points

Clarke acknowledged the patience and discipline of his fast bowlers in the face of stubborn resistance from the West Indies fourth-wicket pair of Shane Dowrich and Marlon Samuels in the second innings. The breakthrough just before tea triggered the slide and paved the way for an ultimately comfortable win that ensures the Frank Worrell Trophy stays in Australian hands whatever the result in Kingston. Australia win by 9 wickets to draw first blood against West Indies in 1st Test at Dominica

West Indies were holders of the prize for 15 years before Australia, under Mark Taylor’s leadership, reclaimed the trophy with a series-clinching innings triumph in the Jamaican capital in 1995. They have retained possession since and return to Sabina Park not having lost a Test to the Caribbean side anywhere since 2003, a run of 13 matches unbeaten. Watch: Michael Clarke: Let’s not get carried away

“We had to work hard for the wickets and we did it in the end, which is a good sign for us,” said Steven Smith, who led Australia in the latter half of the home series against India when Clarke was sidelined by a hamstring injury. “The bowlers did the hard yards…we always thought once we broke that partnership between Dowrich and Samuels we’d get through them pretty quickly because it’s one of those wickets where it’s pretty hard to get a start on.” Reinforcing his leader’s mantra, the vice-captain, whose run of four hundreds in consecutive Tests ended in this match, acknowledged that the template has been set for immediate and upcoming assignments. Read:Denesh Ramdin laments West Indies’ shortcomings after loss in 1st Test to Australia

“It’s just about going out there and keep playing the same brand of cricket we’ve been playing for some time,” he observed.  “We’ve been playing some good Test cricket of late and hopefully we can keep doing that (next week) and keep building towards the Ashes as well.” Following the final Test in Jamaica, the Australian squad heads off to England for two warm-up matches against Kent and Essex before the defence of the Ashes begins with the first match of the five-Test series in Cardiff on July 8. 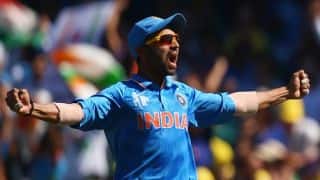 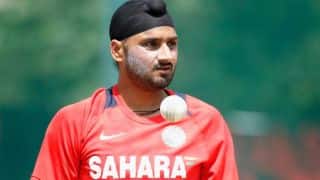