Darren Lehmann is hopeful that Michael Clarke will recover ahead of his Feb 21 deadline.

Sydney: Australia head coach Darren Lehmann said that he is “sick” of hearing about the speculation around regular skipper Michael Clarke’s fitness and captaincy. Lehmann insisted that the injured skipper is recovering ahead of his scheduled comeback and was hopeful he would make a come-back in the side before the Feb 21 deadline given to him.

“I’m sick of it. I’m looking forward to him coming back. He played grade cricket on the weekend which is great, he’s playing again on February 5, so I’ll get to have a look at him. I had a good chat to him and he pulled up really well from the grade game. He’s ahead of schedule and I think he’s said that in the press as well. Fingers crossed he might be,” Lehmann was quoted by ESPNcricinfo.

Asked if Clarke would have his and the team’s supports, Lehmann assured that he would be provided whole-heated acceptance. “Always. He’s captain of Australia, the second most important position behind the prime minister as such, we need our captain playing well.”

Clarke made a return to cricket after undergoing an successful hamstring injury and scored a half-century in a Grade tournament. Clarke last played an international game in the first Test at Sydney against India, where he scored a century. 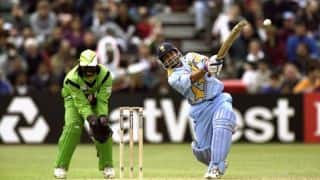