Michael Clarke made 10 and 13 in two innings of the Trent Bridge Test.

Michael Clarke goes Matthew Hayden to become Australia’s fourth highest run-getter in Tests. Clarke made 13 in the second innings of the fourth Ashes 2015 series and hence went past Hayden, who has a total of 8.625 runs in 103 Tests for Australia. Hayden made his debut in 1994 and went on to play till 2009, and had a highest score of 380. Clarke, who is going through a bad run of form of late, has edged past his former Australian teammate with just Steve Waugh, Allan Border and Ricky Ponting above him. Clarke last tin for Australia came over 12 innings ago and he has been under a lot of criticism from the media and a few former players as well. Live Blog: England vs Australia, 4th Ashes 2015 Test, Day 2

Australia were bowled out for just 60 in the first innings of the Trent Bridge Test after Stuart Broad’s eight wickets wrapped up the innings in just 18.3 Overs. Clarke managed to score just 10 in that innings and would have wanted to make amends in the second innings as his side were trailing by 331 runs at the start of the innings. The openers put on a century partnership but the middle-order did  not manage to capitalise. Clarke is however some way behind Waugh, who is placed at No.3 in the highest run-getters list for Australia. Catch live cricket scores and updates of England vs Australia 4th Ashes 2015 Test at Trent Bridge, Day 2 here

England already lead the series 2-1 and a win in this match will all but seal the series for them. They had lost the previous series Down Under 5-0. 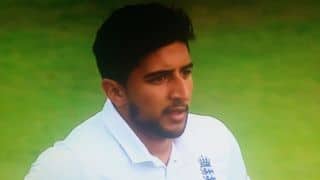 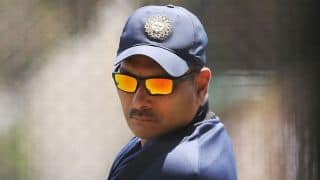