Middle-order batsman Michael Hussey said on Monday that the entire Australian team supports skipper Michael Clarke, adding that the team is heading in the right direction. Middle-order batsman Michael Hussey said on Monday that the entire Australian team supports skipper Michael Clarke, adding that the team is heading in the right direction.

Clarke, after taking over from Ricky Ponting as Australia captain, lead Australia to Test and ODI series win in Bangladesh, Sri Lanka and recently won the ODI series by 2-1 in South Africa.

Hussey said, “If you want to be part of this Australian team, you’ve got to go with the captain and we respect the way he wants to take the team.”

“Even someone like Ricky who has been captain, he’s jumping on board as well and it just shows that the guys really do want to play for Australia, we do want to play under Michael and I think we’re definitely going in the right direction,” Hussey was quoted by AAP.

“It’s been great for him personally – he’s really taken the role with a full head of steam. He’s very passionate about the role and he’s very clear in how he wants to lead the team,” Hussey added.

Simon Katich had recently blamed Clarke for his ouster from the Australian team, which the latter has denied.

Hussey said Clarke’s main focus is to get his side back in the top teams in Tests.

“If we can stick together and do the basics for long, long periods of time, which is what Michael’s philosophy is, then I think we can definitely come out on top,” Hussey said.

“It’s going to be a huge series … it’s going to be great hard Test cricket which is what we all look forward to, but I’m confident. We’ve got a very important first-class (tour) match coming up in Potchefstroom [on Tuesday]. We’ve got to make sure we get into Test mode,” he said. 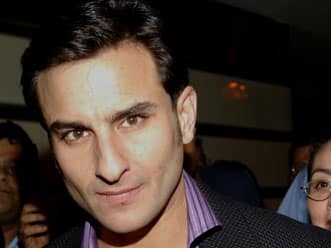 Saif Ali Khan declared the next nawab of Pataudi Sri Lanka cricketers to be paid after Pakistan series