Michael Clarke has grown into a superb captain: Shane Warne

Michael Clarke has grown into a superb captain: Shane Warne

Spin wizard Shane Warne backed his former teammate Michael Clarke to emerge as one of the finest Australian Test captains. 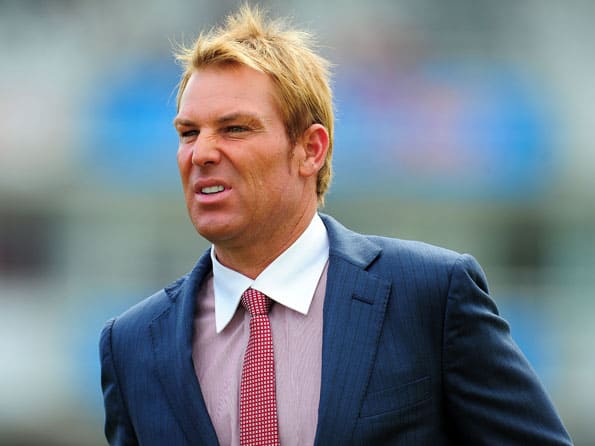 Spin wizard Shane Warne backed his former teammate Michael Clarke to emerge as one of the finest Australian Test captains.

Warne was proud of his close mate, who was showing the world his wonderful talents.

“Michael Clarke has been one of my best friends for a long time. I have helped him out from gaining his first baggy green cap and helped him out as a friend over the years,” Warne said.

“I was just very proud to see him play yesterday and do what he did, the way he played, the way he went about it and the way he has grown into a superb Australian captain,” he said.

The 30-year-old Clarke struck an unbeaten 329, the highest at the Sydney Cricket Ground (SCG) and took a selfless decision of declaring the Australian innings at 659 for four. The timely decision proved crucial for Australia in wining by an innings and 68 runs against India in the second Test.

Warne wants Clarke is to be himself.

“I suppose you go through different stages. No one stays on top. I’ve had my own ups and downs. I’m pretty happy with where I’m at. Contrary to what some of you (media) guys write, the public have always been fantastic to me. They’ve always got behind me through thick and thin.”

“It makes you feel nice to know when you’ve got the (public’s) support … people always go out there and scream and want an autograph. And we always take the time out to do it too. All we can do is be ourselves and if people like you, great,” he said.

“He (Clarke) has always been a wonderful player and I think we got to see yesterday what a talent he actually is. Hopefully, the people out in Australia, I think they’ve always liked him. He went through a stage where he copped a bit of a rough time unfairly,” Warne was quoted as saying by The Age.

“It’s nice to see now people are starting to see the real Michael Clarke. They like him. They enjoy watching him bat and watching him captain. That makes me feel pretty proud too,” he said. (IANS)