Australian skipper Michael Clarke hoped their lead spinner Nathan Lyon will come good after a chat with Shane Warne ahead of the second Test match starting this Saturday. 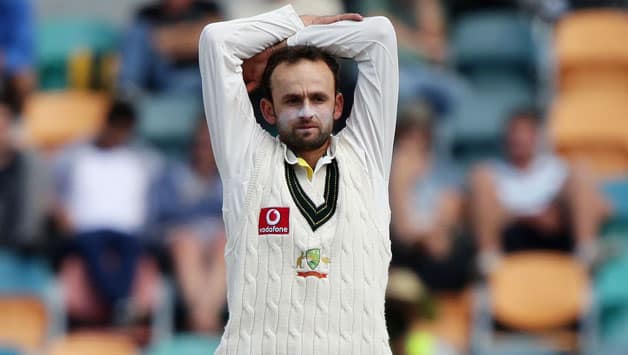 Australian skipper Michael Clarke hoped their lead spinner Nathan Lyon will come good after a chat with Shane Warne ahead of the second Test match starting this Saturday.

“Lyon had a really good chat to Warney and we spent a bit of time, the three of us together. If you can’t learn from guys who have been here before and experienced it you will never learn,” said Clarke.

Lyon went for more than 200 runs in the Chennai Test and he was treated with disdain by MS Dhoni who went after the off-spinner during his innings of 224 runs. Defending Lyon, Clarke said, “He’s been fine. He’s working hard every day to try and get better. On grounds in India it’s very easy to go for a lot more runs because they’re smaller and have fast outfields.”

A report by Sydney Morning Herald suggested that Australia might go in with an unchanged playing XI for the Hyderabad Test. Commenting on the pitch for the second match; Clarke felt that it won’t be difficult as compared to Chennai but will surely turn during the business end of the match.

“Like Chennai, I haven’t seen a wicket like that in Australia. I don’t think this wicket will be any tougher than Chennai, that was a really tough wicket so I think we have seen the toughest of conditions. The wicket will certainly deteriorate as the Test goes on, so it’s a positive for our fast bowlers that there will be a little bit up and down. But spin from day one will play a huge part in this Test,” Clarke was quoted as saying by Sydney Morning Herald.

In the run up for the second match, even coach Mickey Arthur had expressed dilemma over selection of a second spinner and suggested the possibility of left arm spinner Xavier Doherty’s inclusion in the side. Unlike the series opener where the visitors had named their playing XI before the match, they have stayed away from declaring the same this time around, which means the suspense will end only at the toss on Saturday.