Warne said that Clarke scored two hundreds in the winter Ashes series when it mattered most.

Australian spin legend Shane Warne has backed captain Michael Clarke to be a ”key ingredient” in Australia’s plan to secure a series victory over South Africa.

Warne, who arrived in South Africa in his latest incarnation as ambassador for a corporate bookmaker, tipped Clarke to be the leading run scorer in the third Test starting in Cape Town on Saturday.

According to News.com.au, Warne said that he is confident Australia will win the Test as they will be spurred by the disappointment of their second Test loss, along with the return of Shane Watson and Clarke hitting the ball well.

Warne said that he thinks Clarke will get a big score in this Test, as he likes it when everything is on the line and he is a little bit pressurised, adding that Australia has relied on him for the last few years and he has never disappointed.

Warne also slammed Clarke’s critics, saying that the captain scored two hundreds in the first two Tests of the winter Ashes when it mattered, adding that it is fantastic for Australian cricket that they are even winning without him.

Warne also pointed to Ryan Harris as a player who has to start taking two or three early wickets on a pitch that can move around and also urged the batsmen to make runs in the first innings of the Cape Town Test. 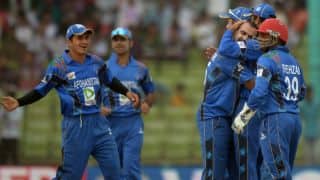