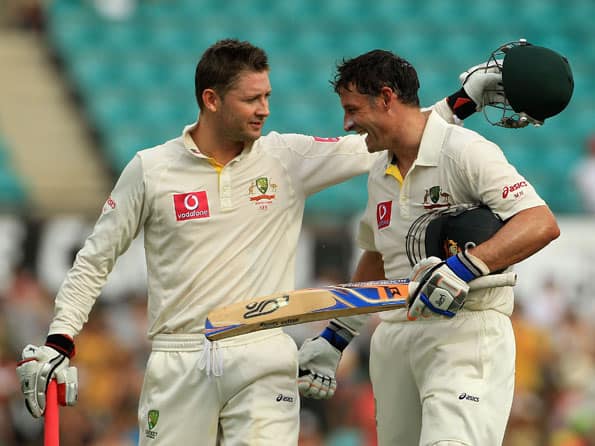 “I wouldn’t say it’s completely different from how Ricky Ponting went about his work,” Hussey said while talking about Clarke s leadership skills.

”I think Michael Clarke learned a lot from playing under Ricky Ponting and probably picked out things that Ricky did extremely well and he’s also brought things in that he wanted to impress on the team as well.”

“He’s always thinking as a captain and he’s very passionate about the job and you can really tell that by the way he talks to the players in the dressing room, he’s really enjoying the role,” Hussey was quoted as saying by the Sydney Morning Herald.

”From my experience at Chennai Super Kings his philosophies are to be calm, to enjoy the experience, to go out there and play the game with a smile on your face,” Hussey said.