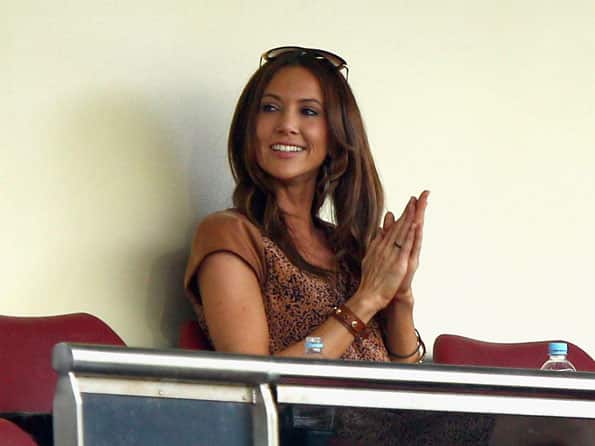 “I think Kyly is now the queen. I’m happy and very busy just being a mum and wife,” Rianna was quoted saying in Herald Sun.

“We all get along,” she insisted.

Mrs Ponting had unofficially held the title since Clarke’s split from Lara Bingle in 2010.

Shane Watson’s wife Lee Furlong, who famously hates being labelled a WAG, attended the tea with her mother Vicki.

“I’m obviously sitting here because I am a friend of the McGrath Foundation and pleased to be sitting here with some very special people,” Furlong said.

“It’s fantastic to see so much pink.”

And although Bingle no longer reigns in WAG kingdom, she has followed proceedings closely this week, tweeting messages of support to her ex-fiance, with whom she remains close since their split.

“In the words of my Dad, well done son. Couldn’t be prouder, wish we were both there,” she wrote.