Australian skipper Michael Clarke said the real test of the team's fast bowlers will be on foreign pitches. 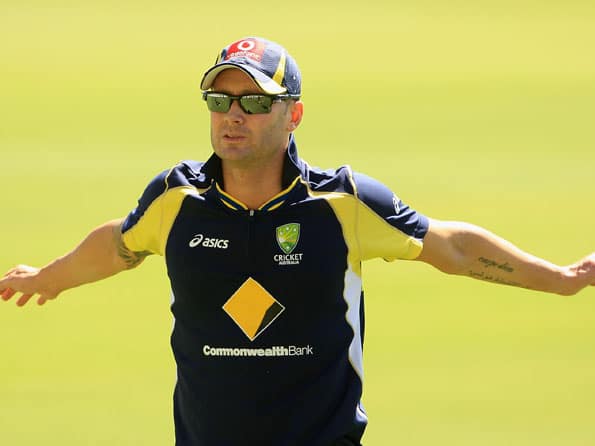 Australian cricket captain Michael Clarke says his team’s on-the-rise pace battery, which brought a formidable Indian batting line-up to its knees, will truly be considered intimidating after it performs on foreign pitches.

“I think the fact we’ve seen so many young guys come in and do well, automatically we think the grass is very green on the other side,” Clarke was quoted as saying by newspapers here.

“We think there’s a lot of good stock still waiting to get an opportunity, which is very positive for Australian cricket. It’s been a really good start to the summer winning the Test series, but I guess you are expected to perform well in your own backyard.

“You travel all around the world and play in completely different conditions. It’s now going to be a good test to see how we go when we play overseas,” he added.

Australia’s young pace attack comprising the likes of James Pattinson, Mitchell Starc and Patrick Cummins has given a good account of itself so far.

The trio, along with more experienced pacers Peter Siddle and Ben Hilfenhaus, managed to upstage experienced and in-form Indian batsmen in the Test series. (PTI)