Australian cricket captain Michael Clarke felt his bowlers were just not good enough after his side lost by three wickets to Sri Lanka despite posting a competitive 280 on the board in a league match of the ongoing ODI tri-series on Friday. 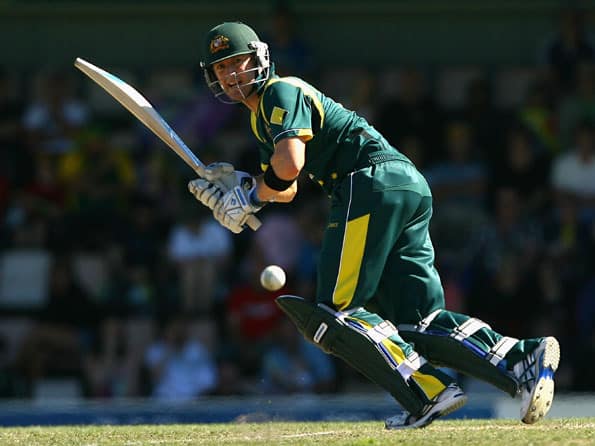 Australian cricket captain Michael Clarke felt his bowlers were just not good enough after his side lost by three wickets to Sri Lanka despite posting a competitive 280 on the board in a league match of the ongoing ODI tri-series on Friday.

“Another tight one but unfortunately we couldn’t get over the line, but full credit to Sri Lanka. Our execution with the ball wasn’t good. The top four could also do better. They need to set it up for the rest,” Clarke said after Australia by three wickets.

“Sri Lanka showed tonight that if you hang in, you can take it home,” he added.

“Big game for us against India in Sydney, we need perform well in that,” he said.

Back to lead the side after missing a couple of matches due to a hamstring strain, Clarke said his back is troubling him a bit right now.

“I am still a bit stiff in the back, but I will be fine.

I will get treatment from the physio and will be fine,” he said.

Clarke lauded young Peter Forrest, who took the number three slot in place of the axed Ricky Ponting, and responded with his maiden ODI hundred.

“Peter was excellent today, all credit to him,” he said.

His opposite number Mahela Jayawardene, who was adjudged man-of-the-match for his 85-run knock that set the tone for the successful chase, said his young team is shaping up well.

Sri Lanka are the unlikely table-toppers right now with 15 points from six matches.

“The youngsters are learning a lot from these games.

We are top of the table, but we still need to do a lot of hard work,” he added.

Talking about his own innings, Jayawardene said he was lucky to get more strike.

“I probably got more of the strike than Dilly (Tillakaratne Dilshan). I was in a zone and it was one of those days when most of your shots went to the gaps,” he said.

“We needed a good start and we went through the history of this ground. One side of the ground is smaller, so it was a tough ground to defend on. We have to continue playing well, our goal is to get to the final,” he added.(PTI)