Michael Clarke has come to rescue of Steven Smith, saying he is ready to offer his services to current embattled captain to bring Australia back on track.

Melbourne: Former Australian skipper Michael Clarke has come to rescue of Steven Smith, who is under the scanner following a hefty second Test defeat against South Africa in Hobart, saying he is ready to offer his services to current embattled captain to bring the team back on track. Australia suffered a crushing defeat by an innings and 80 runs at the Bellerive Oval in Hobart to lose the three-match Test series against the Faf du Plessis-led side with a game in hand to spare. I want the Australian team to know that we are right here to help them. We are a part of that cricket family. We don t want to get in anybody s way, but if the Australian change room feels like they can use our services for anything to help them, we d love to help. We feel the pain as much as the players, Clarke was quoted as saying by cricket.com.au. FULL CRICKET SCORECARD: Australia vs South Africa, 2nd Test at Hobart

Smith was a lone hand in Australia s paltry first innings total of 85, contributing 48 not out. He also scored 31 at his second visit to the crease, but was unable to prevent the embarrassing defeat. The 35-year-old, who is astonished and pleased by Smith s unbelievable performances on an individual level, called on the latter to start taking ownership of the team. Darren Lehmann: Australia have got to figure out what the best XI is

Steve Smith s performances as a player are unbelievable. He s leading the way as a player. But this is where he s going to be tested as a captain in how he turns this around from how poorly we ve been playing for the last five Test matches to getting back to where Australian cricket needs to be. I think now Steve Smith has to take ownership of this team, Clarke said.

Smith is currently top-ranked batsmen in the world, with 15 centuries to his name in 45 Tests, but his role as a captain has been under the scanner following five successive Test defeats that also saw Australia slip to third from first in the team rankings. Australia will further slip to fifth if they fail to stop South Africa from completing series whitewash in the third and final Test in Adelaide, starting November 24. 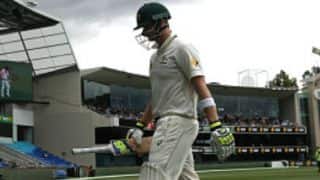 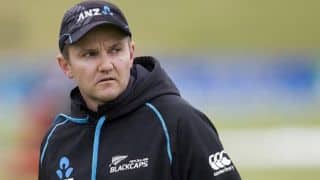