Australia captain Michael Clarke has urged his team to raise their game in the remaining two one-day internationals against Sri Lanka to clinch the five-match series. 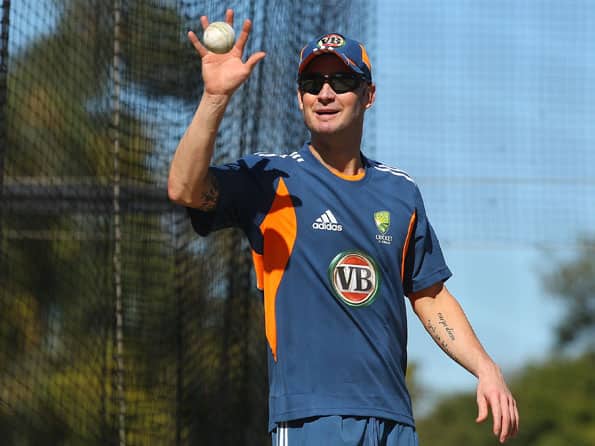 Australia captain Michael Clarke has urged his team to raise their game in the remaining two one-day internationals against Sri Lanka to clinch the five-match series.

Australia were let down by the batsmen during the third one-dayer on Tuesday as they suffered a 78-run defeat, their first in six matches under Clarke who replaced Ricky Ponting as captain after the World Cup.

Sri Lanka rode on opener Upul Tharanga’s 111 to post a challenging 286-9 in the must-win match before dismissing Australia for 208, with paceman Lasith Malinga (5-28) doing the most damage.

“We have some work to do over the next few days because playing against Sri Lanka, especially in their home conditions, you have to be at your best to beat them,” Clarke said after the day-night match.

Australia, currently ahead 2-1 in the five-match series, will play the last two games in Colombo on Saturday and Monday.

“We didn’t perform as well as we would like at the start of the innings with the ball. We then came back really well with the ball but our batting let us down,” said Clarke.

“We have no excuses, we didn’t perform as well as we’d like and we know that.”

Sri Lanka looked set to cross the 300-mark when they reached 220-1 after 38 overs but fast bowler Doug Bollinger led Australia’s late fightback to eventually finish with 4-42.

Clarke said he was confident Australia can win the series if they repeat their earlier performances when the tourists won the opening game by seven wickets and the second by eight.

“I’m very confident that if we play like we did in the first two games, we’ll win the next two games. It’s discipline. It’s executing your skills both with bat and ball,” said the Australian captain.

Australia will also play three Test matches against the hosts after the one-day series, AFP reported.

Akram hopes BCCI's probe will not be one-sided