Clarke has played 244 ODIs for Australia spanning a dozen years but a litany of injuries in recent times has forced him to miss ODIs.

“The standards in the Australian team when Ricky Ponting was captain were as high as I can ever imagine. Michael, he s been able to raise the standards again. Raise the fitness, the skinfolds, the standards of play, Hussey was quoted as saying by Cricket Australia (CA). Michael Clarke s ODI retirement hardly affects teams focus ahead of World Cup 2015 final

“I know he s not the one playing for all the other players out there but he s led from the front with those standards and that filtered through to the rest of the team and the rest of the squad. Australia (AUS) vs New Zealand (NZ), World Cup 2015 Final, Preview: Trans-Tasman rivalry unfolds

Clarke has played 244 ODIs for Australia spanning a dozen years but a litany of injuries in recent times has forced him to regularly miss one-day cricket. The former left-handed batsman said Clarke will be remembered as one of the greats who made his biggest impact when he took over the full-time captaincy in 2011. Australia ponder options for ODI captaincy post ICC Cricket World Cup 2015 final

While Hussey was shocked, his former teammate and Australia legend Adam Gilchrist understood the reason behind the announcement. It s a really well judged decision but primarily for him to be able to get the best out of himself for first-class cricket and Test cricket, Gilchrist said when asked if he was surprised by Clarke s decision. Michael Clarke feels it s right time to retire after ICC Cricket World Cup 2015 final

Everyone knows the complications that he s got and this now allows him to extend that career I would have thought. His numbers stack up as some of the formidable number in one-day cricket. Clarke s retirement opens the debate as to who should be his successor.

When Clarke was unavailable for one-day cricket, vice-captain George Bailey led Australia as recently as their opening World Cup clash against England at the Melbourne Cricket Ground (MCG) six weeks ago. On the other hand, Steve Smith led Australia in the tri-series preceding the World Cup when Bailey was suspended for over-rate offences.

These are the sort of things the selectors have to discuss. George has done a fantastic job but if they re looking longer term, a lot longer term, Steve Smith s name might pop up, Hussey concluded. 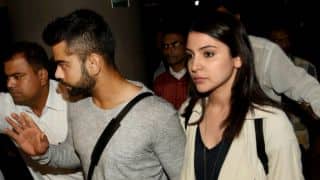