Sri Lanka Cricket (SLC) has announced the appointment of Michael de Zoysa as the new manager of the national cricket team. 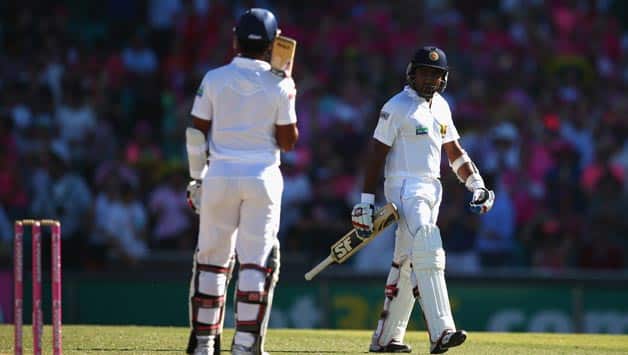 Since Sri Lanka lost the Test series to Australia 0-3, a lot of changes have been affected © Getty Images

Sri Lanka Cricket (SLC) has announced the appointment of Michael de Zoysa as the new manager of the national cricket team.

De Zoysa replaces Charith Senanayake who had held the position for over an year. A senior official of the SLC who did not wish to be named said that De Zoysa would take charge of the team from this month’s home series against Bangladesh.

A tea industry executive, De Zoysa is more known for his administrative roles and as a radio and TV commentator.

Senanayake, a former Test opening batsman had run into problems with the SLC hierarchy.

His fate was sealed once former Sri Lanka captain Mahela Jayaeardene in a press release stated that he had lost confidence in Sri Lanka Cricket.

Jayawardene was particularly angry as a letter written by him to the SLC regarding the payment of guarantee money to the players was leaked to the media by the manager.

Jayawardene’s request that guarantee money be paid to the supporting staff was rejected by the SLC. The former captain took exception to the matter being exposed in the media.

The SLC CEO, Ajith Jayasekera said that both Jayawardene and team manager Senanayake would be asked to explain in what he termed a breach of contract by both.

Since Sri Lanka lost the recent Test series 0-3 to Australia, a number of changes have been affected including the appointment of the former great Sanath Jayasuriya as the chief selector.