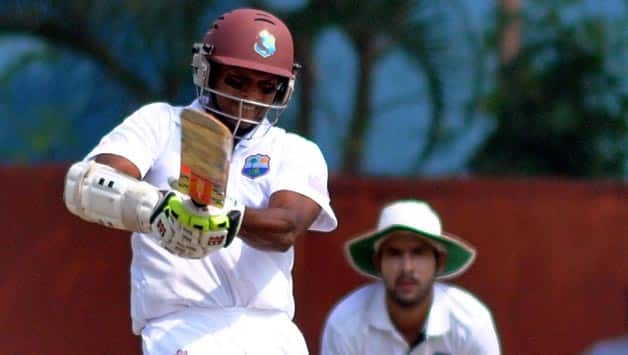 Dravid made the suggestion following the humiliating defeat of West Indies by an innings and 51 runs in the first Test match which finished within three days in Kolkata, reported CMC.

However, in an interview with ESPN Cricinfo, Holding said other batsmen need to step up their game.

“I think though when you look at the names and the talent of the guys that are in this West Indies team, he is batting at the right position,” said Holding.

“Young Darren Bravo, he should have been producing a lot more runs. He should have been the one coming in at three or four and getting a lot of runs and Chanderpaul stay in at number five. Remember he is not a young man anymore,” he added.

Chanderpaul was among the leading scorers for West Indies in the first test against India – 31 not out and 36.

Dravid said: “He is batting a little bit too low in this kind of batting line-up where their batting is almost ending at number five. You can’t have their best batsman as your last recognised batsman so to speak.”

Chanderpaul has become the first West Indies player to appear in 150 Tests, and the seventh to achieve the landmark in the second Test against India in Mumbai Thursday.

Holding said that the likes of Marlon Samuels and Darren Bravo should come to the party.

“Samuels is again a very talented batsman. The two openers, Darren Bravo and Samuels should be the first four, and then Chanderpaul. I have no problems with that,” said Holding.

“Samuels and Bravo, you can’t call them youngsters anymore and that they need grooming. They need to take up their responsibility and let Chanderpaul stay at five.”