Holding feels Pandya s all-round skills are far from a finished product and that he will have to wait to establish himself as a genuine allrounder.

Michael Holding is sceptical of Hardik Pandya s role of an allrounder in the Indian side. The former West Indies fast bowler feels Pandya s all-round skills far from a finished product and that it will take him some time before he can press forward his case as a genuine allrounder in the Test format.

Speaking to ESPNcricinfo, Holding, nicknamed the Whispering Death, said Pandya s bowling and batting aren t effective, and as long as the crucial scores and constant wickets don t come under his belt, India should not label as him as their premier allrounder.

“The [Indian] attack has not been the right balance,” Holding said. “Apparently they are playing Hardik Pandya as an allrounder to help out with the bowling. When he bowls he isn’t as effective as he should be. If he was a good batsman, if he was getting runs – 60s, 70s, not even regular hundreds – at the number at which he bats and then he bowls and gets two or three wickets, happy, hallelujah. Happy with that. But he is not getting the amount of runs that can then allow him to get a wicket or two in the Test match. That doesn’t work.”

Pandya has so far managed 90 runs in four innings on England tour and has three wickets at an average of 37.33. In comparison, England allrounder Ben Stokes did fail with the bat at Edgbaston but his spell on the fourth day of the Test proved decisive. His replacement for the 2nd Test, Chris Woakes, also bowled brilliantly at Lord s and then went on to score a maiden Test hundred. Another young allrounder Sam Curran bamboozled Indian batsmen with his left-arm pace in the first innings of the first Test apart from hitting an attacking half-century to take his team to safety.

Pandya however, hasn t had the kind of impact that was expected of him with the bat or the bowl. In a recent media briefing, Pandya pointed out that he is “a batsman while batting and a bowler when bowling”, but the numbers suggest otherwise.

“I don’t think he does a lot with the ball. That is number one,” Holding said. “He is not consistent. He does not have the control that puts batsmen under pressure constantly. He will bowl a couple of good deliveries, yes, but you need to have the control to put batsmen under pressure consistently. And he doesn’t have that. If you are going to be a frontline bowler anywhere in the world, if you are going to be someone that your captain can rely on, that can throw you the ball and expect you to get wickets and expect you to have control, he is not really the man in my opinion.”

Pandya was the third seam bowling option for India at Lord s behind Ishant Sharma and Mohammed Shami. Holding pointed out that India should fancy playing a specialist batsman or bowler ahead of Pandya and reckoned that had their ambition of having Pandya fill in for both those roles is hurting India.

“If there is no one else, sure you have to play him. If there is someone else that is a specialist batsman or specialist bowler I will certainly prefer that. There must be someone that can bat better if they want a batsman, there must be someone who can bowl better if they want a bowler. But it seems as if they are trying to fill two spots with one person. He (Pandya) is not there yet,” Holding added.

Holding isn t the first person to be critical of Pandya s abilities as an allrounder. Observers of the game and fans alike have often alluded to Pandya being the next Kapil, ever since the former made his debut on the international circuit two and a half years back. Former India captain Sunil Gavaskar rubbished the comparisons drawn between the two. His sentiments were echoed by Harbhajan, who feels that Pandya should be relieved of the allrounder tag.

“I am not going to tell anyone that you won’t be there because he is a young man. But he is not there yet. I heard a mention, when I was working in South Africa: ‘he is the next Kapil Dev’. I ain’t going to tell anybody he’s not going to be the next Kapil Dev, but he is nowhere near there yet. And they need to find someone who can contribute a lot more to this team right now,” Holding said. 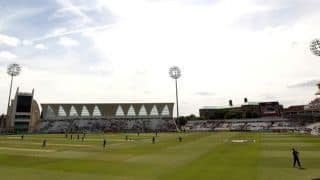 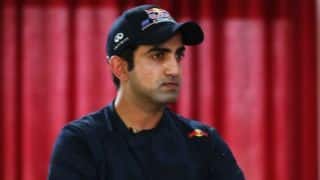