Former Australia batsman Michael Hussey, who announced his retirement after the Boxing Day Test last year, while maintaining that he won’t reconsider his retirement decision, said, he was open to supporting the Michael Clarke-Darren Lehmann combination. 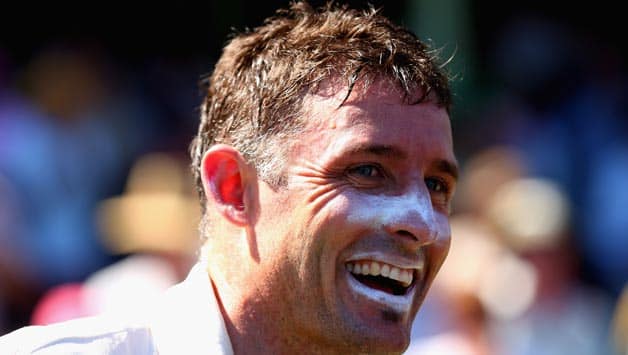 Former Australia batsman Michael Hussey, who announced his retirement after the Boxing Day Test last year, while maintaining that he won’t reconsider his retirement decision, said, he was open to supporting the Michael Clarke-Darren Lehmann combination.

”I’d certainly be willing to help out if they want me to, for sure. Michael Clarke, the captain, wants to do that sort of thing — whenever we’ve been playing in Australia, he always invited a couple of past players to the training sessions. I found it invaluable to learn a few lessons from their experience, trying to pick up a tip or two,” Hussey was quoted as saying at a promotional event by Sky Sports.

Former Australia coach Mickey Arthur was desperate for Hussey’s presence in the team when he announced his retirement during the Test series against Sri Lanka. Hussey said that he rejected a genuine attempt by Arthur who requested him to return to the team.

Expressing his surprise at Arthur’s sacking Hussey said that it will be important for the team to maintain its focus. ”The toughest thing for the team is going to be to put all this behind them. Playing international cricket, let alone an Ashes series, is extremely tough and you need to be 100 per cent focused,” he was quoted as saying by Sydney Morning Herald.

”It doesn’t help to have all these distractions and it will be tough for the inexperienced players. But the decision was made swiftly so hopefully the guys can concentrate properly on preparing for the Ashes,” he added.

The veteran left-hander hoped that Lehmann’s experience will add value to the team and create an impact among the members ahead of an important series.

”I really think Boof [Lehmann] can galvanise the team. He is a very level-headed guy, he’s got a great understanding of the game and knows how good teams work. I’m very confident he can come in and have an immediate impact,” he said.

While Australia look to regroup from their off-field controversies, it is essential for the team to maintain its spirit when they face a formidable England with the first Test commencing from July 10. According to reports, it is with this intention a senior member like Brad Haddin was brought back as Clarke’s deputy, since the skipper has been busy recovering from a back injury.