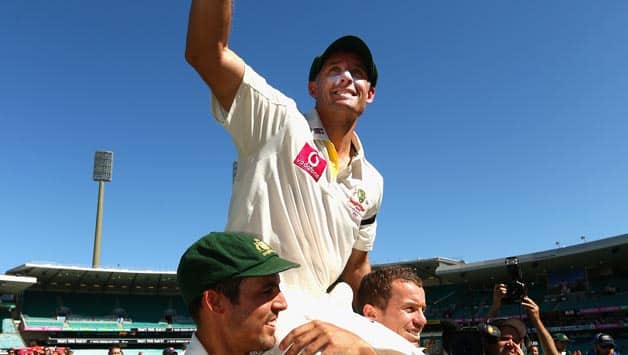 Hussey last achieved the number-one ranking on the batting table in 2008 and is one of seven from Australia after Don Bradman, Ricky Ponting, Matthew Hayden, Doug Walters, and Neil Harvey to break the 900-point barrier.

Hussey achieved the rare distinction in 2007-08 after the second Test against India in Sydney after scores of 41 and 145 not out.

Michael Clarke became the seventh from Australia to break the barrier during the series against Sri Lanka.

Later in 2008, Hussey achieved his career-best rating of 921 following the first Test against West Indies at Kingston.

This put him in a joint 17th position along with Harvey in the Reliance ICC Best-Ever Test Championship Ratings.

Meanwhile, South Africa paceman Vernon Philander has edged closer to the number-one ranked Dale Steyn in the rankings for Test Bowlers after his match-winning spell against New Zealand in the Cape Town Test.

The latest Test Rankings were released following the conclusion of the Sydney Test in which Australia defeated Sri Lanka by five wickets to sweep the three-Test series. The second and final Test between South Africa and New Zealand will start January 11 in Port Elizabeth.

Philander ended the Cape Town Test with figures of five for seven and two for 76 to earn the player of the match award. His spells helped him collect 19 ratings points which not only gave him his career-best ratings of 859 but also allowed him to narrow the gap with Steyn to only 17 ratings points.