India and Australia meet for the series opener of the three-match T20Is at Ranchi on October 7.

Former Australia pacer Michael Kasprowicz has backed Steven Smith’s men to topple India in the three-match T20I series beginning Sunday, saying their experience in the Indian Premier League (IPL) will play a key role. Ten members of Australia’s 14-man squad for the T20I series played in this year’s IPL, including captain Smith (Rising Pune Supergiant) and David Warner (Sunrisers Hyderabad). Australia were comprehensively beaten 1-4 in the recently concluded five-match ODI series and would be looking for a much better performance when they face the Men in Blue in the shortest version of the game.

“It always difficult when you are playing cricket in another country, and especially here in India in the most challenging conditions, for Australian players to have faced. So, I think for the young players over here, they will learn, they’ll have some experience. What excites me most about the Australians and the T20 format is that they are experienced here, having played the IPL. So, we are really looking forward to that experience come to the fore and showing what Australia can really do,” Kasprowicz told.

The 45-year-old also heaped praise on the Indian spinners for their exceptional performance in the five-match ODI series and cautioned Smith and co. to be wary of them. 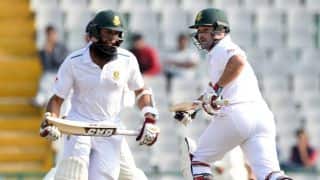