"Forget the 481 at Trent Bridge and the other hammerings -- this game is one England will take more from."

England have whitewashed Australia in the 5-match ODI series. In the last ODI, the visitors had an upper hand when they reduced the host to 114 for 8 defending 206. It was Jos Buttler who rose to fame taking England home with his unbeaten knock of 110. Buttler played a responsible knock with the tail. Commenting on that Michael Vaughan called him England’s ‘X-factor’ for the upcoming World Cup.

“I look at the England side and Buttler is the one,” Vaughan told BBC Radio‘s Test Match Special. “Teams that win trophies have X-factor cricketers. He’s right up there, I’ve got everything crossed that he doesn’t pick up an injury. If he’s fit next year, they’ve got the best chance they have ever had,” he added.

Buttler constructed a crucial 81 run eight wicket partnership with Adil Rashid (20) to ensure a win for England. Jake Ball as well showed good support in the end as Buttler won it for the team with 9 balls to spare. Commenting on that Vaughan believes Buttler reads the game better than anyone and opponents are scared of him.

“What he provides to the team is that calmness. Whenever he is out there in the middle, he reads the game better than most. He knows and the team know that the opposition are scared of him more than most.”

This series saw many records set and broken. The one which stood out was the highest ODI total of 481 posted by England in the 3rd ODI at Trent Bridge. However, Vaughan believes the final ODI victory will mean more for the host.

“Forget the 481 at Trent Bridge and the other hammerings — this game is one England will take more from. For them to get over the line today — in a real close game after Australia were favourites — this means more.” 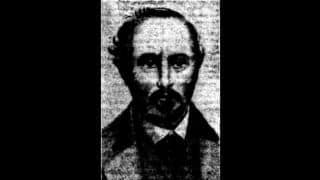