West Indies won the first Test by four wickets to go 1-0 up in the three-match series.

Former England captain Michael Vaughan feels West Indies will have the upper hand over Joe Root’s troops when they lock horns against each other in the second Test of ongoing three-match series beginning Thursday at the Old Trafford. West Indies won the first Test by four wickets to go 1-0 up in the three-match series.

Vaughan believes the visitors will be more familiar with the conditions at the Old Trafford considering they quarantined in Manchester after touching down in England last month and also played couple of intra-squad practice matches at the venue.

“Has to help when you’ve had your preparation time at a venue, been practising on the wickets,” Vaughan told Cricbuzz.

“The wickets at the back of the stands there, at the nets, are very similar to the ones in the middle. They’ve had a couple of warm-up games out in the middle at Old Trafford.

“So they have got the upper hand, not only in the series in terms of being 1-0, but the upper hand in the advantage they have had (with) probably six days of cricket already at Old Trafford,” he added.

England were guilty of throwing away chances in the first Test, most notably, wicket-keeper Jos Buttler dropping the catch of Jermaine Blackwood, who ended up scoring 95 and took the game away from the hosts.

Vaughan feels the hosts have the necessary quality in their team to trouble West Indies, but warned them against not taking chances that come their way.

“That is why it is a tall order for England, something I expect them to come back from. I think England will have enough to force the West Indies on the backfoot again this week,” he said.

“And I think they’ll be better to take the chances for the week’s cricket that they have had in Southampton.” 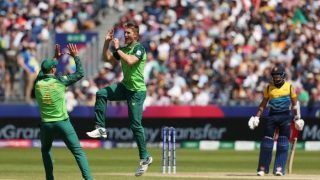 Excited to Get Back on Field: Pretorius Ahead of 3TCricket Match 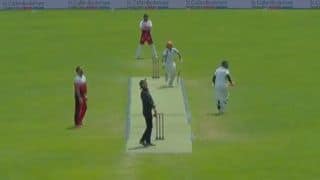