Test captain Alastair Cook, Ian Bell, James Anderson, Graeme Swann and Broad himself, who all featured in the recent 3-0 Ashes series win, were all left out of the squads announced on Tuesday for the lone one-dayer against Ireland and the five-match ODI campaign against Australia.

Australia too have made wholesale changes — only seven of their 18-man ODI squad played in the Test series — and it’s clear both countries are already looking ahead to the return Ashes in Australia in November.

However, Broad, who will lead his side in the first T20 International against Australia in Southampton on Thursday, said on Wednesday: “I think they’re (Vaughan’s comments) disrespectful to the side that’s going to go out on the field.”

“There’s guys who have performed throughout the county season to get a chance at the international level. As an ODI team, we’re building towards that 2015 World Cup, where you need to have a big group of players going into that World Cup with experience of international caps.

“They wouldn’t be in the squad if they’re not good enough to play and that ODI squad will be very focused on beating Australia. I know if I was paying to go and watch, I’d want to go and watch England beat Australia, that’s it.”

Meanwhile, Broad said he was looking forward to returning to Australia despite comments from Australia coach Darren Lehmann to a Melbourne radio station that he hoped the hosts’ fans would “send Broad home crying” after calling him a cheat for not walking when he was caught during the first Test at Trent Bridge.

Lehmann was fined by the International Cricket Council (ICC) for his remarks and apologised to Broad during the Oval Test.

But there have since been suggestions fast-medium bowler Broad may need additional security in Australia in order to protect him from over-zealous home fans looking to act on Lehmann’s comments.

“I’ll feel like a rock star with some big heavies behind me. I’m not concerned at all,” he said. “I’ve toured Australia a couple of times. I’ve always loved Australia, it’s a fantastic place to go with great restaurants and good bars.”

“I see that as being no different. At the end of the day we are going to Australia to win the Ashes and play games of cricket. That will be the players’ job. The rest of the off-field stuff is up to the England and Wales Cricket Board (ECB) to sort out. I’m certainly not going to be looking over my shoulder.”

Broad’s focus is firmly fixed on the two-match Twenty20 International series. Australia have not won an international fixture since February 10 this year — and it is a run Broad would love to extend.

“We know Australia are a dangerous team and we know they will be hungry to beat England. They’ve not beaten England in England since June 2010 in any format. It’s up to us to continue that form and that responsibility falls on these players. It’s an exciting responsibility.” 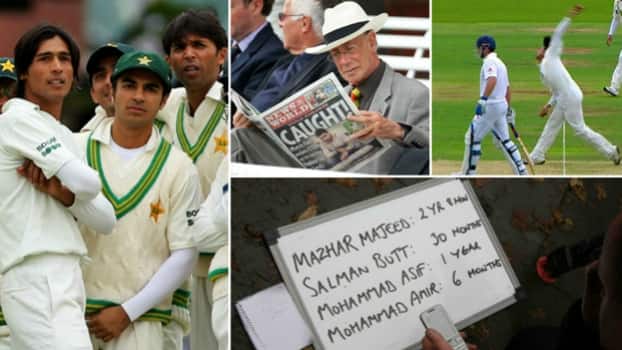