Former England captain Michael Vaughan said fans who've bought tickets for the One-Day International series against Australia deserve a refund after the hosts' left the spine of their Ashes-winning side out of the squad. 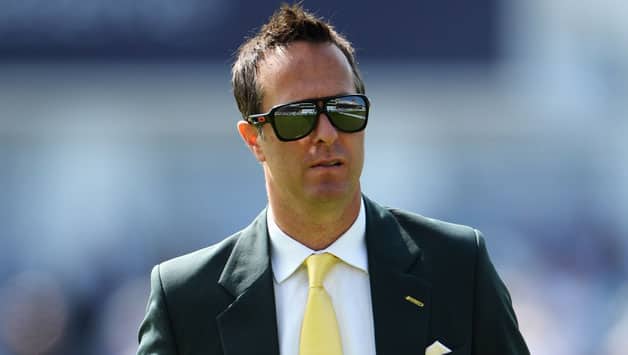 Former England captain Michael Vaughan said fans who’ve bought tickets for the One-Day International series against Australia deserve a refund after the hosts’ left the spine of their Ashes-winning side out of the squad.

Test skipper Alastair Cook, Stuart Broad, Ian Bell, James Anderson and Graeme Swann, who all featured in the recent 3-0 Ashes series win over arch-rivals Australia, were all left out of the squads announced on Tuesday for the lone one-dayer against Ireland and the five-match ODI campaign against Australia.

Australia too have made wholesale changes — only seven of their 18-man ODI squad played in the Test series — and it’s clear both countries are already looking ahead to the return Ashes in Australia in November.

However, star batsman Kevin Pietersen has been included in the squad for the Australia series, with fellow Ashes-winning batsmen Joe Root and Jonathan Trott also set to face England’s arch-rivals in the one-day format after they too were excused the trip to Dublin.

Nevertheless, Vaughan wrote on his Twitter page: “I would have only rested Captain Cook.. Plenty of time to rest from Sept 16th – Nov 21st!!!? Can’t sell tickets then rest 5 star names!!!!

Former Ireland international Eoin Morgan will captain the side in the absence of Cook and Broad, with the squad including five uncapped players in pacemen Chris Jordan and Jamie Overton as well as Morgan’s fellow ex-Ireland star Boyd Rankin.

Cook, Anderson, Bell, Broad and Swann were all involved — Pietersen was injured in the early part of the English season — as England won a home Test series against New Zealand, reached the final of the Champions Trophy and retained the Ashes with a 3-0 win over Australia in a five-match series concluded with a dramatic draw at The Oval on Sunday.

This latest squad announcement means Cook — who does not play Twenty20 international cricket — has been rested from a squad for the first time since he took over the Test captaincy a year ago.

England and Australia will next meet in a separate two-match Twenty20 series, where the hosts will be captained by Broad and Australia by George Bailey rather than Test skipper Michael Clarke, in fixtures at Southampton and Durham on Thursday and Saturday respectively.