Australia coach Mickey Arthur on Monday backed struggling middle-order batsman Shaun Marsh, who s poor show with the bat has gone almost unnoticed in their crushing 3-0 win over India in the Test series. 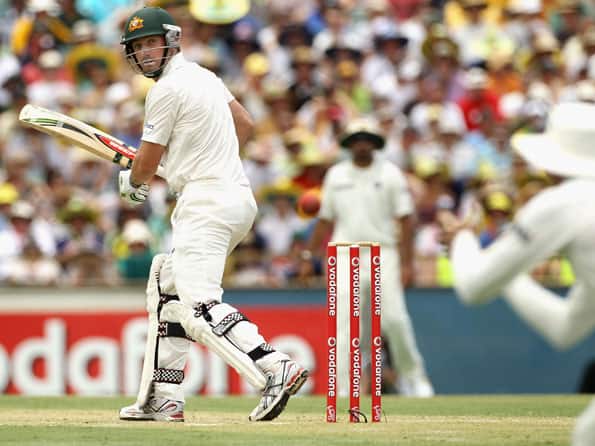 Australia coach Mickey Arthur on Monday backed struggling middle-order batsman Shaun Marsh, who s poor show with the bat has gone almost unnoticed in their crushing 3-0 win over India in the Test series.

Marsh, who batted No.3 in the first three matches, failed terribly with the bat scoring just 14 runs at an average of 3.50.

The 28-year-old has now been permitted by the Cricket Australia to play against the Sydney Sixers at Sydney, ahead of next week’s fourth Test against India in Adelaide, in a bid to regain the lost form.

“His weight transferral was a lot better, he looked really good at a point in this innings and I m just hoping that he gets through it. Shaun is a player that once he gets on a role, he’s hard to bowl at so hopefully Adelaide is a catalyst for him,” Arthur was quoted as saying by the Herald Sun.

“We haven t got anywhere near selecting the squad that s going to (Adelaide) but if Shaun gets an opportunity, which I m hoping he does, I’m pretty sure he’ll go out and perform well.”

The Australian coach admitted that the left-handed batsman has struggled to regain form, ever since he was ruled out of action due to a back injury.

“We just thought he was tentative in the first two Test matches and, by his own admission, he was as well,” Arthur said.

“He hasn t got that yet, but hopefully Adelaide’s the place and hopefully he takes that into the Twenty20s and one-dayers if all goes well and he gets into all those squads,” he added.

However, Marsh is expected to be retained in the Australian playing eleven for the fourth Test against India at Adelaide, which starts on Friday.