London: Middlesex have signed young Australia star Joe Burns as a mid-season overseas replacement for his countryman Adam Voges, the English county side announced on Tuesday. Burns, who made his Test debut against India in December, will arrive shortly before Voges travels to the West Indies with Australia next month and is due to stay at Lord’s until mid-July. West Indies will find it hard to beat Australia: Brian Lara

The 25-year-old Queenslander is expected to feature in seven County Championship matches and 12 T20 Blast matches. “We are delighted to be signing a hungry young Australian who will be desperate to show everyone what he is capable of doing,” Middlesex managing director of cricket Angus Fraser told the club website. Australia announce West Indies tour dates

Burns said: “I’m very excited to sign with Middlesex for this season. The chance to call Lord’s home is going to be special.” 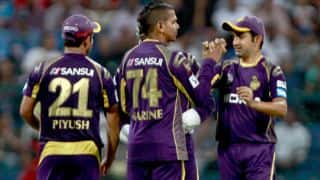