It is understood that Dravid and Co. were not impressed with the fact that Bumrah had his own team of specialists and trainers during his recovery. 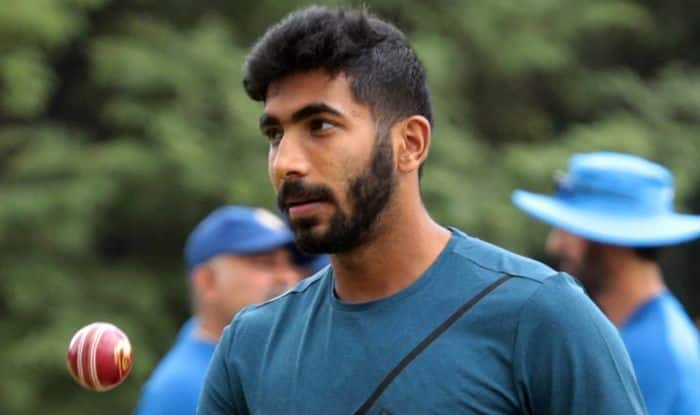 The National Cricket Academy in Bangalore refused to conduct Jasprit Bumrah‘s mandatory fitness test that would help the fast bowler make his comeback to the national team. NCA director Rahul Dravid, along with physiotherapist Ashish Kaushik reportedly met Bumrah on Wednesday and asked the bowler to consult his own set of specialists, a report in the Times of India on Friday stated.

It is understood that Dravid and Co. were not impressed with the fact that Bumrah had his own team of specialists and trainers during his recovery from a stress fracture in his back instead of training at the NCA. Apparently, Bumrah wasn’t too keen on training at the NCA and had even travelled to the United Kingdom to consult doctors and. Reports suggest his decisions reportedly did not go down well with those in charge at the NCA, including Dravid.

Bumrah had flown to Bangalore a day after training in nets with the Indian team on the eve of the second ODI against West Indies in Vizag. As per the onlooker, Bumrah seemed to have achieved supreme fitness and was looking good bowling in the nets, but with the NCA declining his fitness test, Bumrah might have to wait a bit longer for his international comeback.

They have told him, ‘You’re fine. So there’s no need of a fitness test. You should go and seek it from the specialists you’ve been working with’,” TOI quoted a source.

The reason Bumrah wasn’t keen on training at the NCA was based on feedback he had received from senior players, which wasn’t pleasant. In July this year, Dravid was appointed the head coach of NCA to lift the floating fortuned of the academy with an eye on transforming it into a high-performance centre. In the past, the BCCI has made attempts to revamp the academy but the dynamics haven’t altered much.

“Most senior players don’t want to go to the NCA. Instead of addressing that concern and understanding why players don’t want to come there, the NCA is turning him away. That’s not how we need to deal with a cricketer who’s changed the face of Indian fast bowling over the last two years,” the source added.

As per an NCA source, Dravid is still trying to figure out the working of the NCA and is in the middle of implementing new methods and ideas. “Rahul (Dravid) is still very new to the NCA. It’s been just a few months since he has taken over,” it said.

“He’s still trying to comprehend how things have been functioning at the academy. To be fair to the NCA, more than 200 cricketers from across the country come there to train and learn. It’s not just about one or two individuals. Rahul is trying to put better systems in place.”